'I am excited and cannot wait to step onto the court' 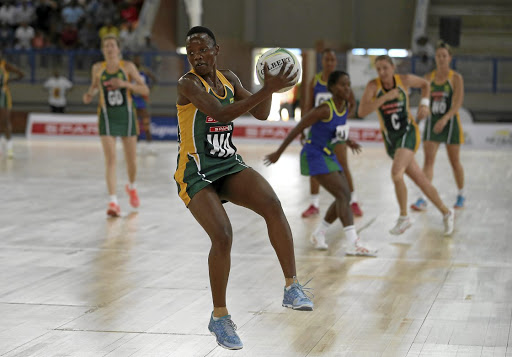 SA senior netball captain Bongiwe Msomi cannot wait to step onto the court to represent her country for the first time this year.

The Spar Challenge could not come soon enough for the star as she is looking forward to playing against Uganda and Namibia. Msomi and her teammates were sad when Netball SA (NSA) suspended the Test Series against Uganda in January due to the Covid-19 second wave.

Msomi, who is also coach and netball manager at the University of Johannesburg, did not think that it would be possible to play the sport again this year. She feared the worst when the Covid-19 numbers kept on rising and her fears were realised when NSA cancelled the series.

“We never stopped training since January and now we have something to look forward to. I am excited and cannot wait to step onto the court. The sport is back and there is excitement everywhere. We had a tough 2020, and 2021 got off to the worst possible start. When they suspended the series against Uganda, I thought, 'here we go again, there will be no netball this year'," Msomi told Sowetan yesterday.

Last month, NSA president Cecilia Molokwane announced that the Proteas would return to the court. The Proteas will play in the challenge against the Baby Proteas (Under-21), an invitational team, Uganda and Namibia from March 24 to 26 in a bio-bubble in Cape Town.

Namibia and Uganda will arrive in Johannesburg on Friday next  week and will quarantine before leaving for Cape Town. The participating teams will meet for a pre-training camp between the 19th and 23rd under strict health and safety regulations and the tournament will happen in a biologically safe environment.

Proteas head coach Dorette Badenhorst will announce her team for the tournament next week.

Minister of Sport Nathi Mthethwa has indicated that allowing fans back into stadiums will be at the tail end of government’s process of fully opening ...
Sport
1 year ago

The Spar Challenge in Cape Town next month will mark the first major netball event in the country after Netball SA (NSA) announced resumption of its ...
Sport
1 year ago

Netball activities in SA given green light to resume

Netball South Africa (NSA) has announced that their activities will resume with immediate effect.
Sport
1 year ago
Next Article