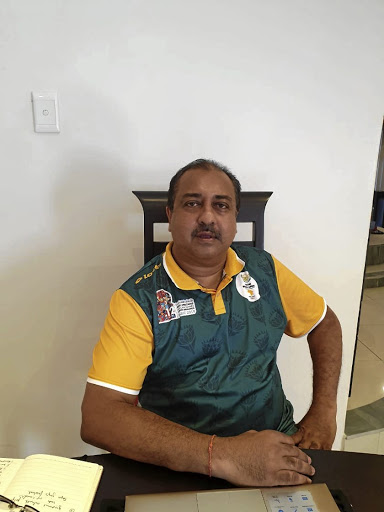 The body‚ under financial pressure for a few years‚ had been unable to make the payments totalling nearly R1m in time for pay day on Monday because of a cash-flow issue.

Govender had informed employees the organisation was waiting for a payment and promised them they would be paid by May 29 “or sooner”.

Sascoc has increasingly been squeezed after the National Lotteries Commission redefined it as a national sports federation which meant its funding cap was set at R5-million a year.

That resulted in a revenue cut of R100m. To boot‚ government hasn’t made all the payments that were expected of it‚ like covering the cost of sending a team to the 2019 African Games‚ a governmental showpiece.

And if that wasn’t bad enough‚ Sascoc’s one great asset‚ shares in Phumelela that were worth nearly R100m a few years ago‚ are all but worthless after the gaming company went into business rescue.

The tightening of Sascoc’s purse strings has been seen as punishment for poor corporate governance in the previous decade‚ which culminated in a ministerial inquiry in 2018.

The investigating committee made many recommendations‚ the majority of which have already been implemented.

Sascoc’s funding flow has not improved.

There have been three sport ministers in the time since Sascoc’s funding was cut in 2017‚ yet not one has complained about this‚ even though athletes are directly affected.

Sascoc has been able to make Operation Excellence payments to athletes this year.

Sports‚ Arts and Culture minister Nathi Mthethwa has intimated that Sascoc’s funding will improve once all the recommendations are implemented and elections for a new board have been completed.

The ballot had been scheduled for March 28 but was postponed indefinitely because of the Covid-19 pandemic.