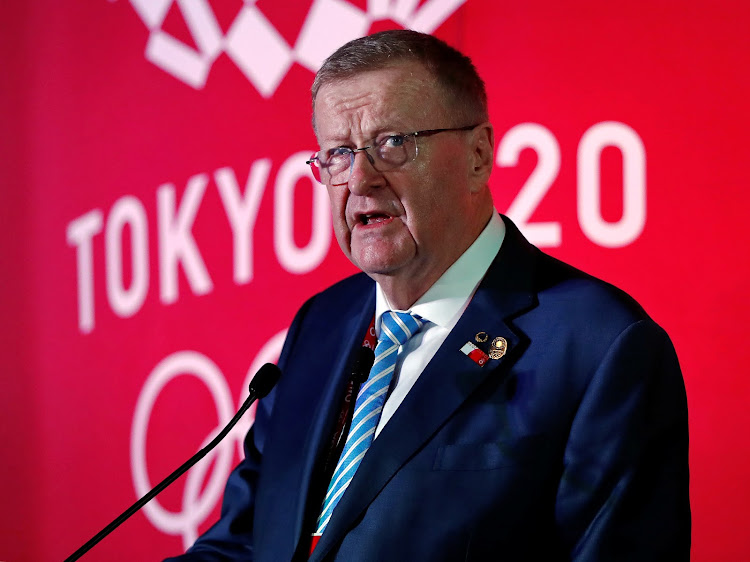 International Olympic Committee chairman John Coates delivers a speech during a ceremony celebrating one year out from the start of the summer games in front of Tokyo Station in Tokyo, Japan July 24, 2019.
Image: REUTERS/Issei Kato

John Coates, the International Olympic Committee's point man for the 2020 Tokyo Olympic Games, faces mandatory self-isolation when he returns to Australia from Europe this week as part of border controls to curb the spread of the coronavirus.

Australian Prime Minister Scott Morrison announced all international arrivals to the country after midnight on Sunday would need to self-isolate for 14 days to help the country "stay ahead of (the) curve" in containment efforts.

The chairman of the IOC's Coordination Commission for Tokyo, Coates is expected to arrive in Australia on Wednesday from Lausanne, Switzerland, where the IOC are headquartered.

The influential Coates, who is also long-serving president of the Australian Olympic Committee (AOC), has no special dispensation to avoid the government's mandatory quarantine period, an AOC spokesman confirmed to Reuters on Monday.

The IOC's Coordination Commission conducts regular inspections of Olympic host cities and works with international sports federations and national Olympic committees to resolve issues in the leadup to Games.

The Commission's next meeting in Tokyo is scheduled for mid-April, near the 100-day countdown to the Games' opening ceremony.

The coronavirus, which has infected over 160,000 people globally and killed more than 6,000, has thrown the Olympics into doubt, with sports shutting down competitions around the world as part of containment efforts.

Coates said a month ago in Tokyo that there was no need to make contingency plans for the cenllation of the July 24 to August 9 Games or for moving them, citing advice from the World Health Organisation.

Infections and deaths from the virus have soared since but Japanese organisers have reiterated the IOC's stance.

Japanese Prime Minister Shinzo Abe said on Saturday that Japan would overcome the spread of the infection and host the Olympics "without problem, as planned."

Rwanda has confirmed its first case of coronavirus, an Indian citizen who arrived in the East African nation from Mumbai on March 8, the Health ...
News
1 year ago

Namibia is the latest in a growing list of sub-Saharan African countries to report their first cases of coronavirus.
News
1 year ago
Next Article