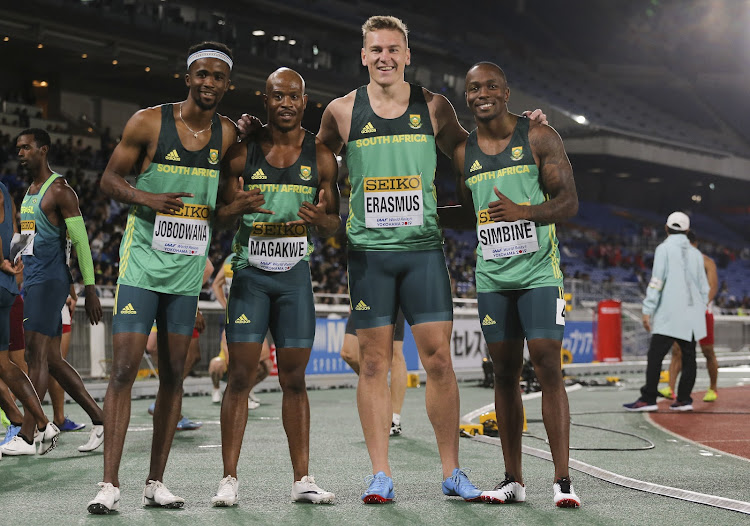 From left to right: Anaso Jobodwana, Simon Magakwe, Emile Erasmus and Akani Simbine after the mens 4x100m relay heats during Day 1 of the IAAF World Relay Championships at the Nissan Stadium in Yokohama, Japan, on May 10, 2019.
Image: Roger Sedres for the IAAF

Four South Africans will compete for glory and the $50‚000 winner’s prize at the first Diamond League final in Zurich on Thursday night.

Akani Simbine will take on American sprint wizard Noah Lyles and world champion Justin Gatlin in the 100m showdown which is missing front-runner Christian Coleman‚ who is defending himself against a doping violation.

Coleman‚ the world No1 for 2019 with a 9.81 best‚ allegedly missed three drug tests‚ which will earn the US ace a ban if he fails to argue his case sufficiently at a hearing scheduled for next week.

Simbine boasts the third-fastest season’s best in the field‚ his 9.93sec slower only than Lyle’s 9.86 and Gatlin’s 9.87.

Briton Zharnel Hughes has been 9.95‚ Jamaican Yohan Blake has been 9.96 and American Michael Rodgers 9.97. 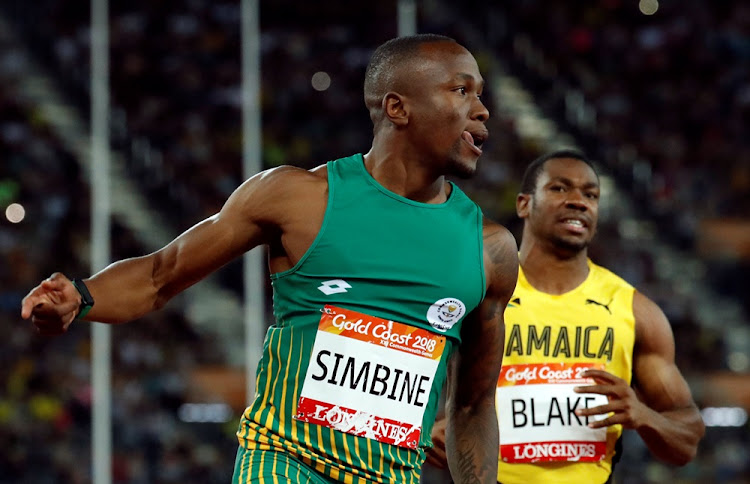 The other three South Africans are all in the long jump.

World champion Luvo Manyonga will attempt to win his third straight Diamond League crown‚ but to do that he will have to beat Cuba’s world indoor champion Juan Miguel Echevarria.

Manyonga hasn’t beaten his nemesis once this season‚ but he has jumped further this year‚ going 8.37m to Echevarria’s 8.34.

Two of Manyonga’s countrymen are also in the field‚ Ruswahl Samaai and Zarck Visser‚ who tops the world list for 2019 with a leap of 8.41.

The second Diamond League final‚ hosting the remaining track-and-field events not on show on Thursday‚ will be staged in Brussels next Friday.