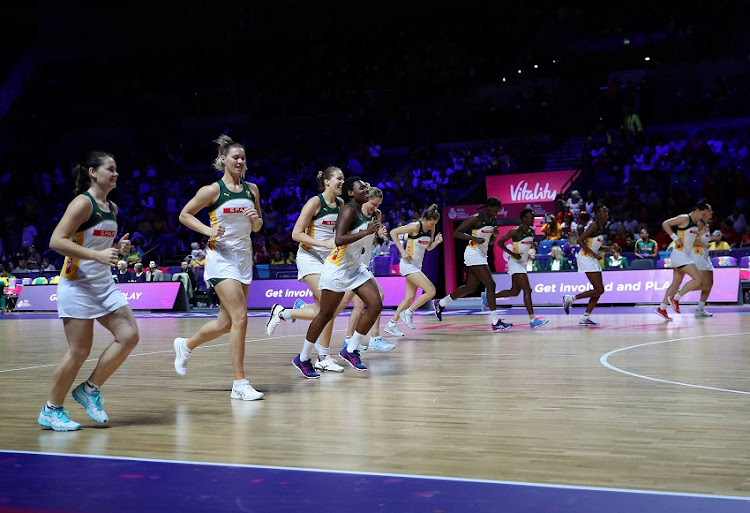 Netball Proteas came agonsingly close to causing a major upset at the World Cup as they narrowly lost 55-53 to defending champions Australia in their high intensity semi-final played at the M&S Arena in Liverpool on Saturday.

South Africa gave a commendable account of themselves against the more fancied Australian Diamonds and they will now have to play in the third and fourth place match against the winner of England and New Zealand on Sunday.

The 12 Proteas players missed out on a possible massive pay day of their lives as they were promised mouth-watering bonuses of R1m each if they went all the way to win the tournament or R500‚000 for finishing second by domestic league sponsors Telkom.

On the positive side‚ they will share R500‚000 from team sponsors Spar if they win the bronze medal match on Sunday against the winner of England and New Zealand.

During the match‚ the gallant Proteas were not disgraced at all as they played without fear to withstand relentless pressure from the number one ranked team in the world and ultimately only lost by only two goals.

After the first quarter‚ Australia led the game by a narrow four goals (14-10) because the Proteas did not allow them to intimidate them.

The defending champions‚ who enjoyed considerable amount of support from the stands‚ found their feet in the second quarter as they tried hard to take game by the scruff of the neck and pull away.

By half time‚ Australia had increased their lead considerably to 31-23 and that meant the South Africans had a mountain to climb if they wanted to possibly cause the biggest shock of the tournament.

The Proteas mounted a comeback and they were only four goals behind the Aussies in the third quarter but they could have taken the lead if it was not their poor finishing as they missed a number of scoring chances.

South Africa came out fighting in the last quarter but Australia held on to their lead eventually book a place in the final.

Australia went into this semi-final with a 100 percent record from the preliminary rounds where they convincingly defeated Northern Ireland‚ Zimbabwe‚ Sri Lanka‚ Barbados‚ Malawi and they narrowly beat bitter rivals New Zealand.

On the other hand‚ South Africa were impressive during the preliminaries in victories over Trinidad and Tobago‚ Fiji‚ Jamaica‚ Scotland‚ Uganda before they lost to tournament hosts England.