Netballers eager to lift the gloom 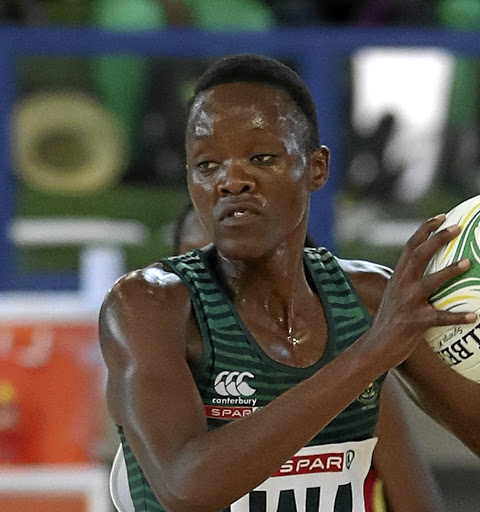 Heading into the Netball World Cup, the Spar Proteas are faced with a rather daunting task to lift the gloom hanging over the SA sports fraternity.

With the likes of Amajita, Banyana and the Proteas (national cricket side) having disappointed by tumbling at the first hurdle at their respective global spectacles, the netballers are eager to bring some joy.

The Norma Plummer-mentored team have set their sight on the World Cup in Liverpool, England next month (July 12-21). Captain Bongiwe Msomi has embraced the burden of being the country's hope.

"It's actually a nice thing to think that we are the hope, but that is not going to put any pressure on us,'' said Msomi at the team's send-off ceremony in Arcadia, Pretoria on Wednesday night.

Bongiwe Msomi to lead SA in Liverpool
Sport
2 years ago

"As much as SA is really excited to see what we can bring home, we are also excited. If there's any other year where we can be actually excited to step up on court, it has to be this year. We are looking forward to the World Cup as much as the public looks forward to it.''

SA are grouped with Trinidad & Tobago, Jamaica and Fiji in Pool C, opening their campaign against the former on July 12.

"We worked so hard to be where we are. Us, as a team, we deserve better.

SA have had solid preparations, beating England 48-45 and taking New Zealand to extra time in the Quad Series in January.

Spar, as the Proteas' main sponsor, confirmed the team will share R1m should they lift the World Cup.

Netball SA (NSA) on Wednesday named a strong team they believe can win their first World Cup medal since 1995.
Sport
2 years ago

Barely a day after Minister of Sport Tokozile Xasa pledged R5-million towards the formation of a national women’s soccer league‚ Proteas netball ...
Sport
3 years ago
Next Article