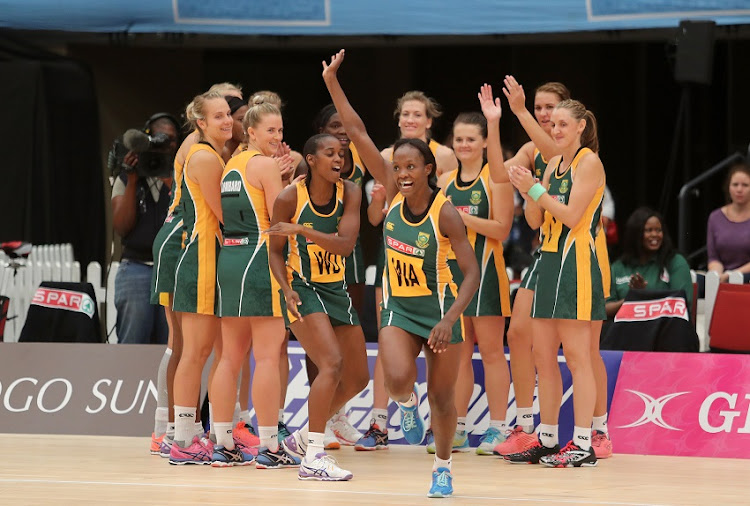 Netball SA (NSA) on Wednesday named a strong team they believe can win their first World Cup medal since 1995.

Bongi Msomi will captain the team at the tournament in Liverpool from July 12-21‚ where they will face Jamaica in their pool.

The Proteas are ranked fifth in the world‚ two spots behind Jamaica. Australia are No1 and hosts England second‚ with New Zealand fourth.

NSA president Cecilia Molokwane said the team was gunning for a medal‚ with veteran Erin Burger adding they wanted to reach the final.

At the Commonwealth Games in Gold Coast last year the Proteas had the better of Jamaica for most of the match before falling apart in the last quarter.

But the outfit had improved since then‚ said Burger‚ who has competed at three World Cups.

“I think our team has grown a lot‚ like in performing in those pressure situations and we showed a lot of that in this last Quad Series‚” said Burger.

“Even with that extra time against New Zealand‚ usually that last quarter‚ when we realise we could win‚ we would almost back out of it and I think that’s something our team changed and it’s something we’ve been working on coming from the Commonwealth Games where we were in a position where we could win‚ but we didn’t‚" she said.

“From Commonwealth Games it’s something we’ve been working on to really keep on doing our job‚ even under pressure not to back out and to have the confidence to compete until that last second.

“Hopefully it will show.”

Burger‚ 32 ‚ rated the squad that was selected.

“I think this is a really good team‚ I don’t think I would have selected the team that differently — maybe one player‚" she said.

"I think this is the strongest team they could have selected.”

But Burger‚ named player of the last World Cup in Singapore four years ago‚ was unable to compare this team to the other three she’s played in.

“It’s difficult to compare it because there were good players previously and there’ll be good players in the future. But I think it’s a good team.”

Burger admitted she is tempted at sticking around for the home World Cup in Cape Town in 2023.

“It’s crossed my mind. I’m not planning too far ahead. I’ll take it as it comes‚” said Burger‚ who coaches when she isn’t representing SA.

“I think I’ll know when I’m supposed to stop.

"When I coach and I still want to put myself on court I feel like I should still play ... if I don’t feel like that anymore I’ll stop playing.”

The last time England hosted the netball showpiece‚ back in 1995‚ a talented SA side stunned New Zealand en route to taking silver behind the Aussies.

The only other success SA had was in their last tournament before isolation‚ taking bronze in Perth in 1967.

The Proteas will depart for Britain on June 27‚ having two warm-up matches against Wales before the tournament begins.