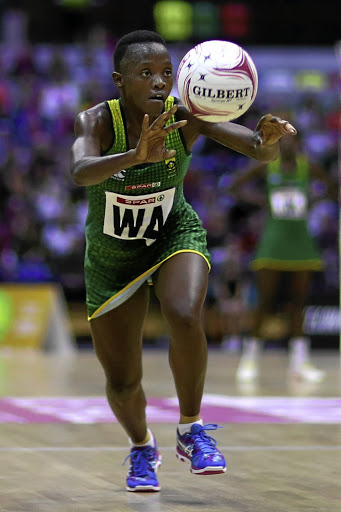 Bongi Msomi will captain the team at the tournament in Liverpool from July 12-21, where they will face Jamaica in their pool.

The Proteas are ranked fifth in the world, two spots behind Jamaica. Australia are No1 and hosts England second, with New Zealand fourth.

NSA president Cecilia Molokwane said the team was gunning for a medal, with veteran Erin Burger adding they wanted to reach the final.

At the Commonwealth Games in Gold Coast last year, the Proteas had the better of Jamaica for most of the match before falling apart in the last quarter.

Netball SA (NSA) on Wednesday named a strong team they believe can win their first World Cup medal since 1995.
Sport
2 years ago

But the outfit had improved since then, said Burger, who has competed at three World Cups.

"I think our team has grown a lot, like in performing in those pressure situations and we showed a lot of that in this last Quad Series. In January, SA beat hosts England and forced New Zealand into extra time before losing 60-62," she said.

Back in 1995, a talented SA side stunned New Zealand en route to taking silver behind the Aussies.

The Proteas will depart for Britain on June 27.