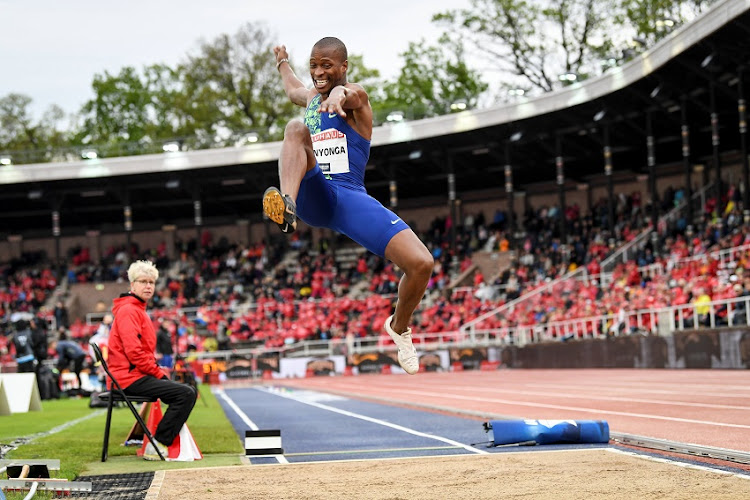 A chilly wind swept that through Stockholm on Thursday night uncovered a new face in men’s long jump, with both SA competitors Luvo Manyonga and Zarck Visser failing to make the podium.

For Manyonga, who ended fourth, it was the first time since June 2016 that he had failed to finish among the top three in any form of competition.

The gusts of wind, which ranged from a near breathless 0.1 metres per second to a thumping 3.9, played havoc for the field at the third Diamond League meet of the season, resulting in several no jumps.

In the fourth round, four of the seven competitors who opted to jump were red-flagged.

Instead Swede Thobias Montler stole the show as he won with an 8.22m personal best. His second and third longest efforts of 8.14 and 8.13 would have been good enough too.

The 23-year-old, 39th in the world at the end of 2018, was the 2015 European under-20 champion and claimed silver at the European indoor championships early this year.

Echevarria, the world No1 in 2018, was well off the pace until the final round when he launched himself to 8.12 to steal second spot from Olympic champion Jeff Henderson of the US (8.09).

Manyonga led after the first round with a jump of 8.04. He improved to 8.06 in the second round, but Montler and Henderson leapfrogged him with their best efforts of the night.

Monyonga inched up to 8.07 in third round, but that was his best for the night, no-jumping in the fourth, sitting out the fifth and then closing out on 8.00.

The only other SA athlete in action, Tshepo Tshite, was in contention running onto the home straight in the men’s 800m, but he ended seventh in 1min 47.98sec.​