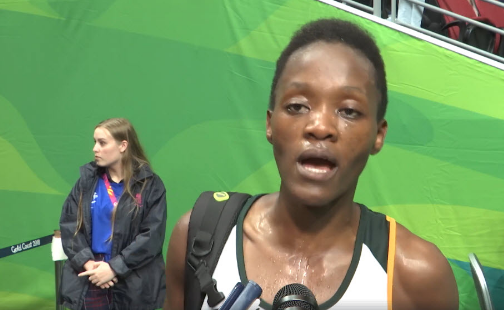 Jamaica bulldozed through the Proteas with a devastating late charge to triumph 57-46 in netball at the Commonwealth Games on Friday.

For the first three quarters Bongi Msomi’s netball troops looked like they were on track to score a rare victory over the world's fourth-ranked team in a critical showdown that will surely impact on who reaches the medal playoffs.

The loser will probably be condemned to playing for fifth spot in Gold Coast.

They fought back for a narrow 38-37 advantage after the third quarter‚ but then came havoc as Jamaica's dogs of war were let loose.

The Sunshine Girls went through the South Africans like a dose of Epsom salts‚ routing them 20-8 in the final 15 minutes to deliver a result that looked more flattering than it should have.

Destroyer in chief was Jamaica’s towering Jhaniele Fowler-Reid‚ who stands 1.98m tall and she took every pass that came her way — from near and far — and turned it into points.

Short of calling up Bakkies Botha‚ SA’s Australian coach Norma Plummer had no answer to the deadly goal shooter who scored 29 goals from 31 chances.

“We let ourselves down a bit there‚” said goal defence Karla Pretorius‚ one of the few professional players in SA team.

“We need to apply the pressure from the front‚ force bad passes. We knew it’s going to be hard and they’re passing from anywhere …We did it in the first half‚ but we weren’t consistent.”

SA’s tallest player‚ the 1.93m Sigi Burger‚ a late replacement into the team for the injured Lenize Potgieter‚ was a revelation in front of the Jamaican goal‚ nailing a perfect 15 goals from 15 attempts in the first half.

Ina-Mari Venter replaced her midway‚ and while she was deadly in the third quarter‚ she struggled with the pressure in the final quarter.

“The Jamaican goalkeeper [Shamera Sterling] is probably one of the best goalkeepers right now‚ so I think we needed some change‚” said Msomi‚ admitting the team made some silly but costly mistakes that prevented them from opening up a massive lead.

“There were some passages of play that we could have cleaned up even before we got to the end. We just couldn’t get that breakaway from them‚” added Pretorius.

SA’s five-point first-quarter lead that evaporated in the second 15-minute stanza was restored for a while in the third quarter‚ before the Jamaicans decided to narrow the deficit with a few quick goals.

They wanted to score and SA appeared powerless to stop them. They kept that momentum for the final period‚ and the Proteas were unable to shut them down.

The defeat means SA will have to beat favourites Australia‚ or hope Jamaica are beaten twice‚ to stand a chance of making the semifinals.

SA play Northern Ireland on Saturday (7.02am SA time) and Australia on Sunday.

SA weightlifter Mona has a sweet tooth and taste for success

Weightlifter Mona Pretorius is mixing her sweet tooth with a desire to taste success at her fourth Commonwealth Games in Gold Coast.
Sport
3 years ago

Henri Schoeman clinched South Africa’s first medal of the Commonwealth Games on Thursday afternoon as he surged in the run to take the triathlon ...
Sport
3 years ago
Next Article