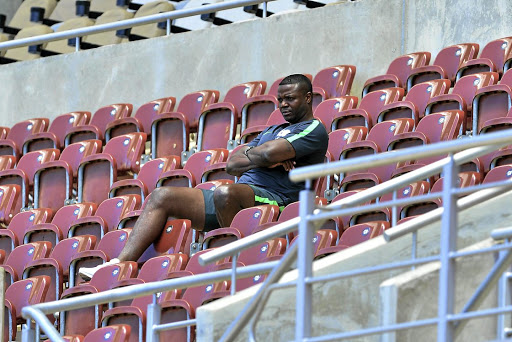 While Baxter has received a backlash over excluding the likes of Aubrey Modiba, Lebo Phiri and Thapelo Morena among others, from his provisional Afcon team, Mokoena has leaped to the Bafana coach's defence.

"This squad is one of the most balanced squad I have seen in recent times. You've got a fair number of overseas-based players and the local guys were also not overlooked," Mokoena told Sowetan yesterday.

"You have guys like [Hlompho] Kekana with a lot of experience and also it's a good mixture to see the likes of [Fortune] Makaringe, who's one of the players who are still trying to make their mark at international level."

Nevertheless, Mbazo isn't taken aback by the outcry over the omissions of players such as Phiri and Morena.

No Safa role for legendary player.
Sport
2 years ago

"What I love about football is that everyone has his opinion and with that said, I understand some would have loved to see guys like Phiri or Morena. But I think the players in their position can also deliver.

"It's a squad that have played together for some time now. I think that was the biggest factor for the coach to choose this kind of squad," noted Mokoena.

In this continental showpiece to be hosted by Egypt, Bafana are in Group D, alongside Morocco, Namibia and Ivory Coast, clashing the latter in the opener on June 24.

Mokoena is of the view that Bafana stand a good chance to beat The Elephants in the opener, tipping only Morocco to trouble Baxter's men.

Itumeleng Khune moved into second on the all-time caps list for Bafana Bafana on Tuesday‚ continuing to grow his legend in the national team jersey.
Sport
3 years ago

Tiyani wa ka Mabasa in Victoria‚ Seychelles - Goalkeeper Itumeleng Khune will make his 90th appearance for Bafana Bafana after getting the nod again ...
Sport
3 years ago
Next Article