Doctor dropped out of teaching degree to follow her heart

Rashaka one of 100 Limpopo students to study in Cuba 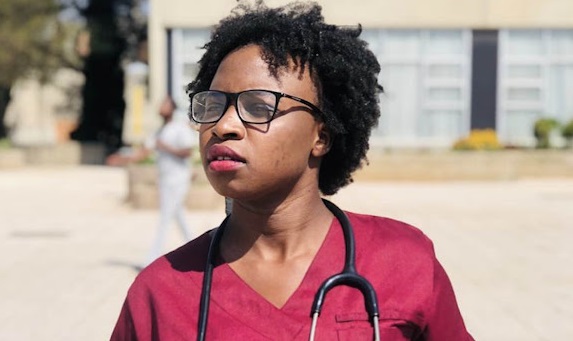 A Limpopo doctor who initially dropped out of her teaching degree says she decided to follow her heart and realise her dream of working as a general practitioner.

Vhahangwele Rashaka, 30, from Ha-Ramukhuba near Vuwani, who passed her matric with a bachelor pass admission, says she was not initially accepted to study medicine. She then enrolled for teaching at the University of Venda while waiting for National Student Financial Aid Scheme (NSFAS) funding to pay for her studies.

Midyear into her teaching study she received a call to come and sign department of education bursary papers. But she decided against pursuing a teaching career and dropped out instead.

"I had a fear of doing anything other than medicine. I didn't want to follow a career field that is not my choice. I then went home to start selling Tupperware, Avon, Justine and taking pictures during creche graduations and birthday parties in my own home town.

"I can't forget how my family was feeling disappointed when I came back."

In 2012 she got a call from the Limpopo department of health to inform her that her application for a scholarship to study medicine in Cuba was approved. A year later, in November 2013, she was among 100 students from Limpopo to go and further their studies in Cuba.

"My first year in Cuba... I was studying Spanish. It was compulsory to do so for us to help us adapt to the language of learning," she said. "In 2014 I started to learn and study to be a doctor. I failed my second year of study and I was given second chance. I told myself to never repeat again."

Rashaka said growing up she looked up to a doctor she knew as a role model.

"Every time when someone was not feeling well and sick or hurt I was always willing to help but had no idea that was the beginning of my journey," she said.

Rashaka, 30, who completed her final year of study at Wits University last year, said she wants to specialise in emergency medicine.

"I don't have future plans to open my own practice. My heart is in public service."

Her wish is to provide medical care treatment to people who are less privileged to access the required necessary medical care.

"I would like to educate and provide training about basic life support to people in rural areas. I want to teach our people what to do in case of emergency and how to identify signs or symptoms of life-threatening diseases that our people ignore until it's too late to save life because they had no idea and knowledge," she said.

Dr Perekeme Mutu has achieved what not many could even dream possible. He recently graduated with not one, but two university degrees – achieved ...
SebenzaLIVE
9 months ago

Dr Thakgalo Thibela, who hails from a village in Bushbuckridge, Mpumalanga, matriculated at the age of 15, in 2015, with seven distinctions.
SebenzaLIVE
1 year ago

Youth can help defend SA from the coronavirus

Dr Nokukhanya Khanyile (28) works in the paediatric department at the Rahima Moosa Mother and Child Hospital in Johannesburg. As a young doctor, she ...
SebenzaLIVE
1 year ago
Next Article