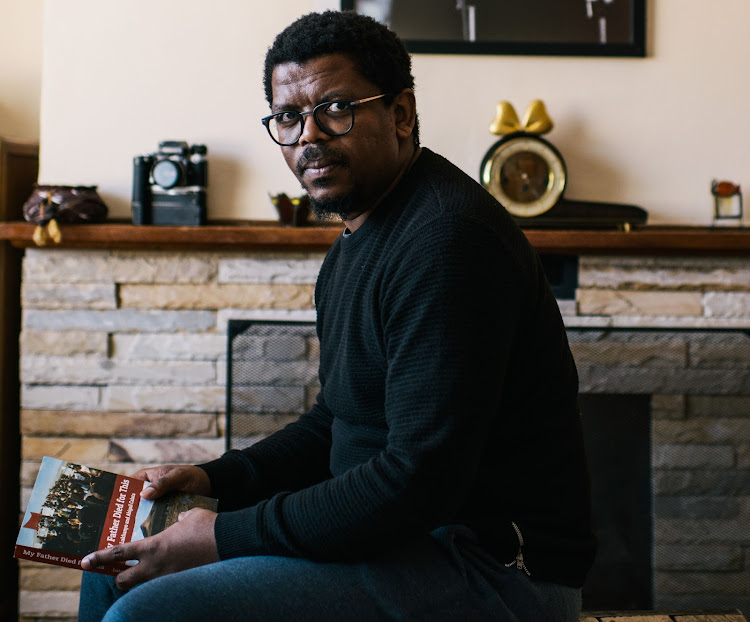 The fight for truth is in Lukhanyo Calata’s blood. When he was three years old, his father was killed by security forces for his activism.

Fort Calata’s death at the hands of the apartheid regime cemented him in history as one of the Cradock Four.

Although Lukhanyo Calata never knew his dad, he grew up to be just like him – unafraid to stand up for his beliefs and willing to face the consequences.

As a boy, Calata was inspired by journalists who came to his house to try tell the story of his father. He decided to become a broadcast journalist himself, committing his life to the truth.

“Media freedom is important because under apartheid there was no media freedom,” Calata says.

“The apartheid government used to clamp down on journalists, so the story of my hometown, Cradock, could never really be told.”

As a broadcaster, Calata never expected to write a book. But after being fired by the state broadcaster for challenging their attempts at censorship, the opportunity arose for him to tell his father’s story in writing. Calata’s book, My Father Died for This, parallels his father’s life with his own experience as a journalist and activist.

Calata’s dad was his superman. “I get to continue his legacy by continuously fighting for what I believe is right,” he says.

Calata demonstrates that even in the face of immense costs, acting in the name of the truth is worth it.

WATCH | How Machana unearths tenacity on a tree farm

He’s had to struggle for much in his life, but there are some things Witness Machana has no lack of, like ambition and tenacity.
SebenzaLIVE
2 years ago

The flames crawl forward, licking the foliage as the landscape turns to ash.
SebenzaLIVE
2 years ago