How amapiano became the saving grace across many a race 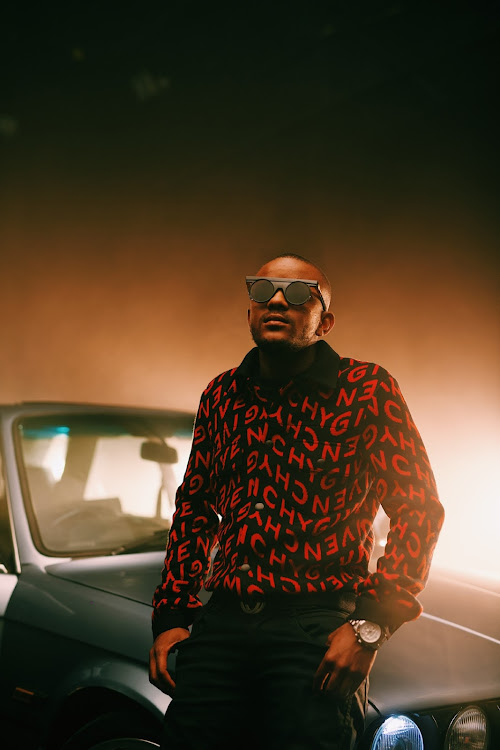 Mzansi is a dancing nation. Rhythm is embedded in our DNA, and even during our toughest times, we dance. Witness the role played by struggle songs and toyi-toyi during apartheid.

Kwaito, a home-brewed blend of slowed-down house music mixed with percussion and African melodies, was the sound we danced to in the ’90s as we made sense of our liberation. “In the late ’80s, we started remixing international house tracks to give them a local feel. We added a bit of piano, slowing the tempo down and putting in percussion and African melodies,” explains DJ and music producer Oskido.

Then, almost two years ago, Covid-19 and lockdown regulations made us prisoners again. But we are a groove nation. Behind the closed doors, a new generation of musicians were tuning their instruments and booting up their laptops, opening a wide window to our liberation.

Amapiano is a home-brewed blend of up-paced kwaito with a combination of drum patterns and basslines, carrying a cheery brightness branded with jazz-inflected keys, eager vocal cuts, and organ licks constructed over a laid-back 115bpm framework.

The birth and rise of amapiano

To discuss the genesis of amapiano is to open yourself up to debate, as there is no consensus on when or where it originated. However, everyone agrees that, for some years before amapiano made its way into mainstream music, it had been ubiquitous in the townships of Joburg (Soweto and Alexandra), Ekurhuleni, and Tshwane.

The genre was developed by emerging producers who dialled down the tempo of dance music and recorded minimal vocals, instead using percussion, shuffling basslines, and propulsive piano playing, and it surged forward thanks to South Africa’s mammoth DJ network.

The early days of amapiano gave the nod to local house classics such as Latin Soul by Dr Duda & Dr M-bee, Sunday Showers by Sai & Ribatone, and Joy by Nastee Nev. Sonic influences from deep-house producers Eric Kupper, Franck Roger, and the Strictly Jaz Unit Muzik project could also be found, along with ’90s kwaito and organ jazz. But amapiano only got a taste of the mainstream in October 2014, with the commercial release of Mamelodi by Junior Taurus and Lady Zamar featuring Odyssey 012.

Mamelodi transcended what was then widely still known as deep jazzy, and the song is at the heart of the evolution into what was to become an increasingly intricate, progressive, and innovative genre.

At this point, amapiano was moving at a fast pace, with Iskhathi (Gong Gong) by KWiiSH SA and Eargasms by MFR Souls becoming anthemic in the streets.

Come 2019, the cultural needle shifted and there was a reset with Kokota Piano (Kaygee Da King), Shesha (De Mthuda and Njelic), Baby Are You Coming? (Zero12Finest), Sukendleleni (Jobe London and Mphow69), and Amantombazane (Kabza De Small,  DJ Maphorisa, and Samthing Soweto). Shesha even scored a scene in Michaela Coel’s acclaimed British TV series I May Destroy You.

These are the recordings that vosho-d amapiano into its spot at the leading music genre in South Africa, with immediate overflows into neighbouring countries and the diaspora. Today, amapiano is undisputedly the genre of the zeitgeist. Danko! 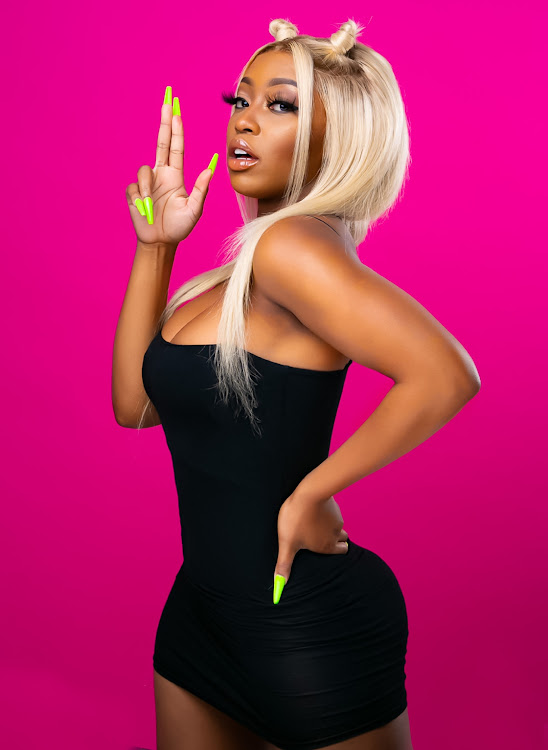 From music to culture

The non-music aspects that accompany amapiano have helped to entrench it in the public consciousness. The progenitors of this music and its early enthusiasts cultivated an adjacent lifestyle that has designer clothing, luxury cars, fine liquor, and other aspirational aesthetics woven into its fabric.

There is also the coinage of slang words and phrases such as “danko”, “private school”, “grootman music”, “locked tunes”, “Oxford music”, and “adiwele” — and even a resurgence of the kwaito-era “Peace, magents”.

Dance is at the core of amapiano, and the dissemination of short video clips on social platforms such as WhatsApp and TikTok has been as monumental as exposure on radio and TV. Stars such as Seekay (Sicelo Buthelezi), Siithembs (Sithembele Dotwana), and Stella Dlangalala have become TikTok sensations thanks to the Yanos.

Seekay, from TV show Gomora, is an amapiano artist who started out as a fan of the genre. His music journey began after a video went viral of him dancing to Zlele by Reece Madlisa and Zuma featuring Mr JazziQ & Busta 929.

“Amapiano has helped me to tap into the original side of me, since I’m from Tembisa. Hearing them sing about their experiences in a language they are comfortable with has helped me gain the confidence to tap into music,” says Seekay.

According to Siithems, a classically trained dancer, their relationship with amapiano wasn’t initially sparked by their love for the music, but rather by movement, content creation, and sourcing the best sound to incorporate their creativity.

“Amapiano has been impossible to ignore. It’s a universal sound that evokes the vibrancy of our country. We are a colourful people. It definitely is that one thing that every South African content creator cannot miss if they want the crowds to look their direction,” says Siithems. 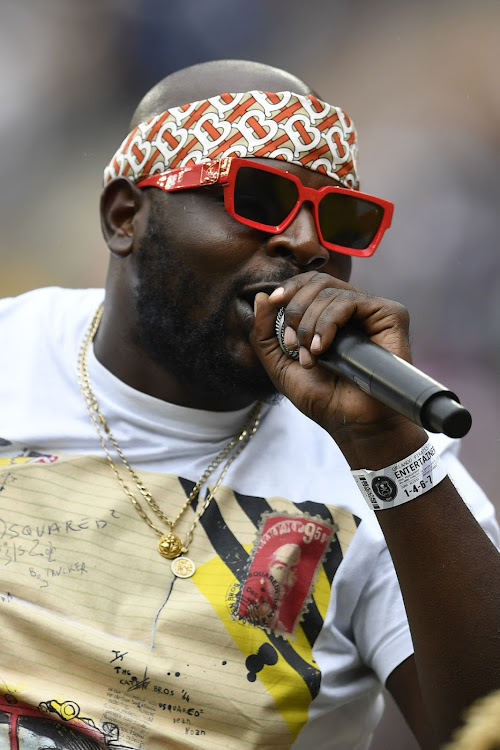 Dlangalala, from Jiva!, feels the same. “If I want to be relevant, if I want to stand out and have my TikTok videos reach the ‘for you’ page and reach more people, I have to use what people are listening to, and it’s amapiano. I’m able to bond with amapiano because we share the same energy.

“I find that the sound and the lyrics help me create a story for my choreography that makes my performances more interesting. It’s influencing me to find new ways to bring life into my choreography.”

Opening up the industry

Another driver of amapiano’s popularity is the increasing use of digital service providers such as Apple Music, Spotify, Deezer, and YouTube Music. This has resulted in much-needed legitimate streams that can be monetised at a time when the physical music product has almost become obsolete and music piracy continues unabated. Technology has lowered the barriers to entry, and has given artists direct access to their audiences.

Another observation that doesn’t get the attention it should is the fact that the genre is encouraging greater cohesion among youth across racial and cultural lines. Unity based on a local music genre is a rare occurrence in South African popular culture.

“If you speak the language that your audience speaks, your audience will speak back to you. But amapiano doesn’t communicate through words, but through the music. It’s a universal language that the world is catching up to. For example, the ‘Amapiano to the World’ movement is a reality,” Seekay notes.

The churn rate of amapiano music is so high that it's difficult to predict the next hit, beyond what is current. With the year drawing to a close, one or two new songs will most probably emerge and perch at the top of the charts.

In the pre-amapiano era it took longer to establish hit records and, with a few exceptions, the biggest record for the remainder of the year would already have been released by now. At the moment, the artists to beat are De Mthuda, Kamo Mphela, Kabza De Small, Boohle, DJ Maphorisa, DJ Lady Du, Busta 929, DBN Gogo, and Sir Trill.

The hitmaker has emerged as a defender of the local dance scene.
S Mag
1 month ago

NollyNolz back with deep soul EP after five-year hiatus

Actor, television presenter and singer NollyNolz has made a return to her first love – music – with the release of her first deep soul EP, iBali ...
S Mag
1 month ago
Next Article