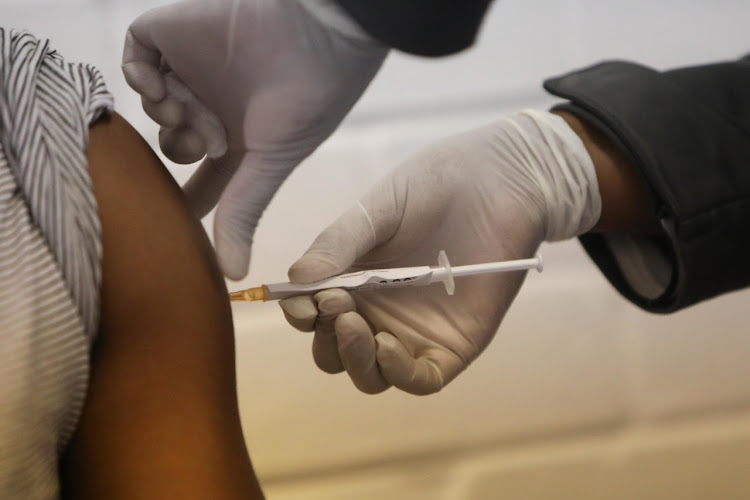 Alex Sigal, a professor at the Africa Health Research Institute, said on Twitter there was "a very large drop" in neutralization of the Omicron variant relative to an earlier strain of COVID.
Image: Alaister Russell/The Sunday Times

The Omicron variant of the coronavirus can partially evade the protection from Pfizer Inc and partner BioNTech's Covid-19 vaccine, the research head of a laboratory at Africa Health Research Institute in South Africa said on Tuesday.

Alex Sigal, a professor at the Africa Health Research Institute, said on Twitter there was "a very large drop" in neutralization of the Omicron variant relative to an earlier strain of COVID.

The lab tested blood from 12 people who had been vaccinated with the Pfizer/BioNTech vaccine, according to a manuscript posted on the website for his lab. The preliminary data in the manuscript has not yet been peer reviewed.

Blood from five out of six people who had been vaccinated as well as previously infected with COVID-19 still neutralized the Omicron variant, the manuscript said.

According to the manuscript, they observed a 41-fold decline in levels of neutralizing antibodies against the Omicron variant.

Sigal said on Twitter that figure is likely to be adjusted after his lab does more experiments.

The Omicron variant, first detected in southern Africa last month, has triggered alarms globally of another surge in infections, with more than two dozen countries from Japan to the United States reporting cases.

The World Health Organization on Nov. 26 classified it as a "variant of concern" but said there was no evidence to support the need for new vaccines specifically designed to tackle the Omicron variant with its many mutations.

Sigal did not immediately respond to a Reuters request for comment.

POLL | Are you a 'vaccine dropout'?

“We ask our young people who have received their first dose of Pfizer vaccine to come back for their second shot to derive maximum protection from ...
News
1 month ago

The World Health Organization (WHO) urged countries to boost healthcare capacity and vaccinate their people to fight a surge in COVID-19 cases driven ...
News
1 month ago

“A large number of unvaccinated people aged 50+ are predicted to die in this fourth wave,” said the Gauteng health department.
News
1 month ago
Next Article