Brutal Fruit ambassador says trusting her intuition led to her careers in beauty, cooking and construction 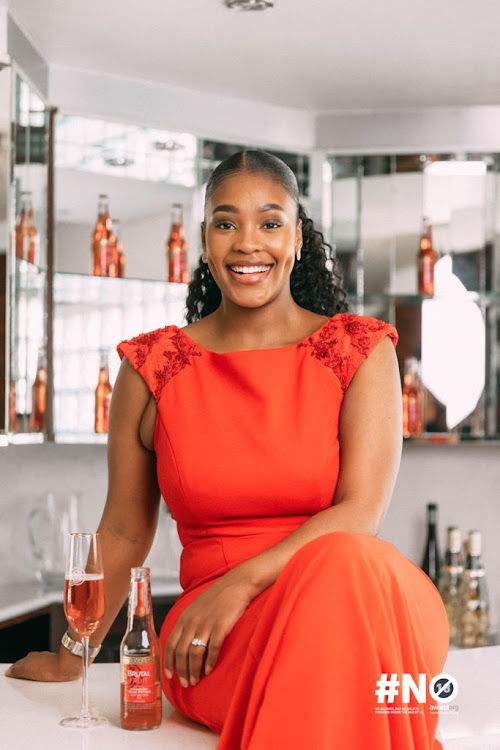 Nonkululeko Buthelezi shares what meal would go best with the new Brutal Fruit Strawberry Rouge for a brunch at her home with friends.
Image: Supplied/Brutal Fruit

For many months, Nonkululeko Buthelezi chopped vegetables, fruit and other ingredients at the Parktonian Hotel in Joburg. She had recently graduated in hospitality with a culinary major at the Central Johannesburg College. But it was important for her to learn the trade that got her interested in fine dining.

After earning her chops in the cold kitchen section, she worked in pastry and then in the hot kitchen in the three years she was at the hotel. “Going to culinary school made me interested in learning and finding out things,” she says. “I went to work at a hotel and I became more interested in the luxury part of making food. That’s when beauty came into the picture.”

It was a surprise to her at the time that the beauty industry would change the direction of her career. Undaunted by this new interest, she enrolled at the L’Oreal Institute SA to study hair and soon opened her first salon in Roodepoort on the West Rand.

But in hindsight, there is an emotional tie that inspired her to open that first salon. “My late mom had a salon and I didn’t know her.

I think there was this longing to be my mom’s baby. You know, when you don’t know someone and you want the closest thing that will connect you. For me it was hair. But actually I liked beauty; it was something I was really passionate about. That’s life — it takes certain things to realise what you didn’t know about yourself.”

You could say the same about Buthelezi adding construction to her already impressive business portfolio. “I’m interested in branching out and growing and changing,” she says, “but still remaining my own self and the centre of everything”. Being a woman in construction comes with serious challenges. “It’s male-dominated, and as a woman they [men] belittle you. What’s stood out for me was when I explained what I do to a guy and he was astonished. As women in male-dominated businesses, we have to work extra hard for us to be recognised.”

Buthelezi's work-life balance is important to her. When she isn’t working, she mostly spends time with her family. And on occasion she’ll dine out with one or two friends or host something at home.

We asked her what meal would go best with the new Brutal Fruit Strawberry Rouge for a brunch at her home with friends.

“Definitely a hearty meal, with moist meat, such as a stew or wors or oxtail ... What I’ve found with the Strawberry Rouge is that it’s like a cider-slash-champagne and it’s sweet. People normally pour wine into oxtail or stew, but try it with Strawberry rouge, it balances nicely.

“And of course dessert. I actually made cheesecake using the Brutal Fruit Strawberry Rouge. I tried a baked one and it flopped,” she says laughing. “I had to redo it — not baked — and it was actually amazing!”

It’s her intuition that helps her decide on which new directions to follow. At a factory where she is doing business that’s still a secret, she says: “I’m not afraid to get something wrong and I realise that you learn so much from ‘failing’... and it’s not really failing, it’s always lessons. So I take my chances, but if I’m not completely sure about it and my gut says ‘Sis, you know this is not going to work out,’ then I won’t do it.”

Only time will tell what she’ll cook up next.

SPONSORED | As part of Women’s Month, the Brutal Fruit ambassador talks about SA’s beauty industry and the pressure of content creation
S Mag
4 weeks ago

SPONSORED | As part of a Women’s Month special, the Brutal Fruit ambassador talks about collaborations, her new furniture design company and being a ...
S Mag
1 month ago

SPONSORED | As part of the Women’s Month special, the Brutal Fruit ambassador talks about being a woman in the music biz and her forthcoming album
S Mag
1 month ago