5 life lessons we have learnt from Sho Madjozi 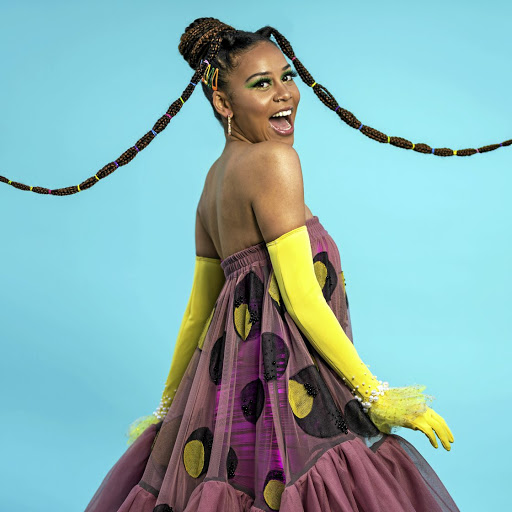 Maya Christinah Xichavo Wegerif, popularly known as Sho Madjozi, is undoubtedly an icon in the making. Her colourful personality, unique style, and catchy verses have managed to win the hearts of many music lovers across the world. After gaining recognition through her feature with OkMalumkoolkat in 2016, Sho Madjozi has grown bigger and better.

The talented rapper, actress, and poet continues to make big moves, kicking down doors that were previously shut. Her unapologetic approach towards life has contributed to her success, leaving much to be admired.

Here are five lessons we have learnt from the award-winning hitmaker:

1. Take pride in your heritage

Sho Madjozi’s signature style draws from the Tsonga culture and reflects her pride in her heritage. A crucial part of her iconic look is the xibelani skirt, which is worn by Tsonga women during traditional celebrations. She has also incorporated a mix of bright colours in her look that are inspired by Tsonga traditional garments, while her home language, Xitsonga, can be picked up in her catchy verses.

The Huku hitmaker entered the industry as her colourful self, standing out instead of fitting in with the rest. Rapping in her own way, she has built an authentic and unmatched brand. By staying true to everything that makes her unique she has managed to win the love and support of South Africa, and the world.

3. Hair is a form of expression

Sho Madjozi is known for her interesting and African-inspired hairstyles. The rapper has been very vocal about how her hair represents Afrofuturism and how she seeks to probe what and how a globalised young African would be had she not been interrupted by the horrors of apartheid and colonialism. Through her hair, the star expresses herself as a young, globalised woman living in a post-colonial era.

4. Put your skills to good use

Although her claim to fame was through music, Sho Madjozi is also an actress and poet. While she was studying creative writing and African studies in the US, she also wrote poems about crucial topics including identity and politics under the pen name of MayaThePoet.

In 2017, the star made an appearance in Mzansi Magic’s telenovela Isithembiso, where she played the character of Tsakane Mboweni. Her multiple skills have served as building blocks in shaping the Sho Madjozi we all know and love today.

5. Believe and allow life to surprise you

Shortly after the release of her hit song John Cena in 2019, Sho Madjozi was met with an exciting surprise on the Kelly Clarkson show.

As she was performing, WWE star John Cena sneaked onto stage and started dancing behind her — turning the star’s distant dream into a reality. Through working hard and believing in her craft, the hip-hop artist gave life the opportunity to surprise her.

5 career lessons we have learnt from Somizi

Through his hard work, constant re-invention, and willingness to learn, Somizi has built a successful and longstanding career that is nothing short ...
S Mag
9 months ago

Through his hard work, determination and perseverance, Zakes Bantwini has managed to establish himself not only within the South African music ...
S Mag
1 year ago

As we celebrate Esther Mahlangu, we look at life lessons we can learn from her life.
S Mag
1 year ago

Mapule Ndhlovu shares how to stay mentally and physically fit

Consistency is key if you want to shed off unwanted weight.
S Mag
9 months ago

While finding love is usually seen as a tedious task to do these days, actor Lawrence Maleka hopes his new dating show will restore the fun in ...
S Mag
9 months ago
Next Article