Are virtual weddings the way forward? 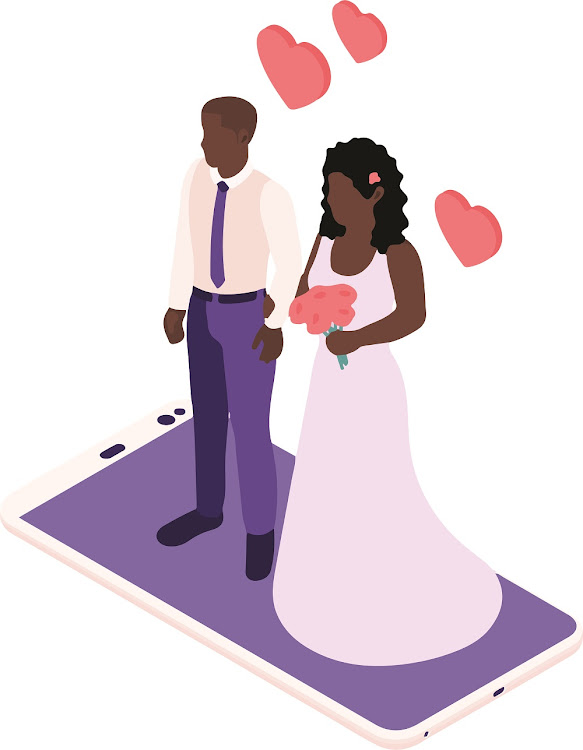 Earlier this year, many of us had plans to attend a couple of weddings and to sip deeply from the cup of questionable decisions that accompanies such joyous occasions.

On the other side of that coin, thousands of brides and grooms were counting down to the moment when they could look each other in the eye and “I do” their way into a lifetime of fights about in-laws in a room full of people.

But then came you-know-what, putting a stop to any impending social gatherings, including weddings.

Pop-culture show Desus & Mero recently aired a clip in which the two hosts, posing as religious officiants, conducted a real wedding via a digital platform for a couple whose plans had been derailed by the new king of party poopers, coronavirus.

The clip is funny and poignant, but is it indicative of things to come? The World Economic Forum has reported a spike in virtual weddings and New York governor Andrew Cuomo recently took steps to save people’s planned nuptials by making it legal to get married digitally.

DOES THIS MEAN VIRTUAL WEDDINGS ARE THE FUTURE?

Well, that depends on what type of future you are looking at. Covid-19 is probably going to be with us for a couple of years, so they are definitely in our near future.

Virtual weddings are a fun and unusual way of shaking up an institution that has existed, in some form or another, since the dawn of man. If you were taught that patience is a virtue, then wait it out.

However, times are changing and as we continue to challenge the status quo when it comes to traditional norms, there is no reason why you shouldn’t consider a long engagement, or just the good ol’ vat en sit.

OUR LOVE CAN’T WAIT, SO HOW DO WE DO IT?

As it turns out, Zoom is not just a tool for your colleagues to bombard you with endless meeting requests. When its powers are used for good it actually serves as a powerful digital-events space.

It also helps that it comes at a fraction of the cost of traditional wedding venues and you don’t have to worry about broken glasses or uninvited plus-ones. But Zoom is not the only way. There are a myriad of options when it comes to gathering people in a digital space.

If you want the world to see your gorgeous outfit without having to hear whatever snide remarks that one aunt has to offer, then Instagram Live may be a good fit. You could also use Facebook Live but that may seem a little... old-school to the members of your audience who weren’t adults when KTV was popular.