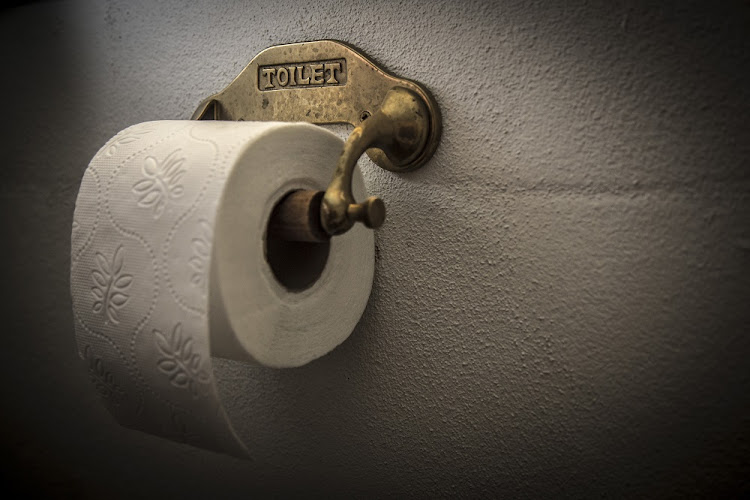 According to several experts on consumer behaviour, there are manifold psychological motivations underlying our tendency to stockpile toilet paper–rather than, say, bandages or tinned sardines–,during times of uncertainty.

Not only do we respond to perceived shortages with the (somewhat perverse) impetus to deplete whatever’s on the shelves, but, apparently, we also associate toilet paper in particular, with control and self-sufficiency—a subconscious connotation that is entrenched in us from the time we are potty-trained.

If like us, you have been fascinated by the phenomenon we witnessed where some selfish compatriots tried to buy all the toilet paper on the shelves, here's a bit of humour with seven interesting things that you probably didn’t know about toilet paper.

1. The average person uses about 57 sheets of toilet paper a day.

Obviously this statistic is geographically and economically specific, as only fairly affluent families can afford to use toilet paper without paying too much attention to how much they expend each time.

However, according to a study done by American toilet paper manufacturer Charmin, the average U.S. citizen uses about 57 leaves of toilet paper a day. Compounded, that’s 399 sheets a week and 19152 sheets a year.

2. The world’s largest roll was taller than most basketball players

The same American manufacturer, Charmin, produced the largest roll of toilet paper in recorded history, to commemorate World Toilet Paper Day (19 November). It measured about 2.5 meters high and had a diameter of over 2.7 meters.

It comprised 1 million square feet of toilet paper, and was also taller than most basketball players. Every toilet-paper-hoarder’s dream.

Would you believe us if we said the look above is made out of Bathroom Tissue ?! This year, we had the honour of partnering up with @cashmerecanada to create the hierarchy skirt out of bathroom tissue! We experimented with different techniques to create unique textures like hand cut floral appliqués, ruffling, paper maché and more ! This project is very special to us and we are so glad we can share this with you, to honour #BreastCancerAwarnessMonth! We would love if you would be a part of this experience by simply voting for our design😉once a day for as many days as you can! Every vote counts! GO VOTE GUYS!!! #VOTECOUTUREFORTHECURE Please copy link here or swipe up in our highlights . https://woobox.com/mbrvi2

3. It has been used to make wedding dresses

Apparently, it is actually fairly common to see brides wearing toilet-paper dresses to their nuptial celebrations.

There is even an annual toilet paper wedding-dress competition in New York. The winning designer is rewarded with a two-thousand-dollar cash prize (about R37 000).

Toilet paper is intrinsically resilient and malleable, which renders it more appropriate to this – decidedly weird – utility than most of us would imagine.

4. There is toilet paper in space

If you've never given much thought to how astronauts contend with their ablutions, it turns out that ordinary toilet paper makes its way into space along with the intrepid pioneers who need it—a small home comfort, if you will.

There is even a stock of toilet paper on the International Space Station. This lends credence to the idea that toilet paper makes us feel fuzzy and safe, even in the weirdest of circumstances.

Toilet paper as we know it today was only mass-produced in earnest for the first time in the nineteenth century.

Prior to 1935, moreover, it was fairly common to find splinters in your toilet paper, because of the nature of the production techniques. Ouch.

6. Toilet paper was invented by the Chinese

The invention of paper in general is attributed to the ancient Chinese. The first use of toilet paper was recorded in the 6th century in China, during the Tang Dynasty; but the invention only really took off in the fourteenth century, when noblemen from the Ming Dynasty began to have it manufactured on commission for their families.

7. Before it was invented, ancient Romans used sponges on sticks.

While Eurocentric historical narratives would have us believe that Ancient Roman society was at the helm of contemporaneous innovations, r their lavatorial habits were fairly primitive. In lieu of the perfumed, pre-softened toilet paper favoured by the Chinese Imperial Court, Romans used…wet sponges on sticks.

Cognac – what do you know about it? Here are seven things to help clear up a few things about this French spirit.
S Mag
2 years ago

We round up seven things you might not know about Rugby star Makazole Mapimpi.
S Mag
1 year ago

Accomplished kwaito trio TKZee will be honoured at the 25th Sama Awards. We’ve gathered 7 things you might not have known about the group.
S Mag
2 years ago
Next Article