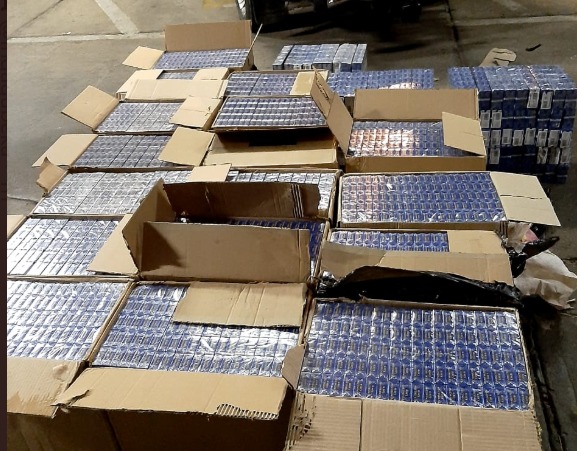 The police sergeant found in possession of cigarettes worth about R350,000 has been granted bail.
Image: Supplied / SAPS

The Polokwane magistrate's court on Thursday granted Sgt Maimela Hezekiel Mailula bail of R1,000 after his appearance for possession of illicit cigarettes.

His case was postponed until September 4 for further investigation.

Mailula was arrested by his colleagues in Polokwane on Tuesday night.

The police were patrolling on the N1 near Tweefontein when they stopped a blue Toyota Hilux bakkie driven by the suspect in police uniform.

The vehicle was searched and 20 boxes of illicit cigarettes with the estimated value of R350,000 were discovered and confiscated.

An police officer in uniform was arrested in Polokwane this week, transporting thousands of illicit cigarettes.
News
1 year ago

Caught buying, selling cigarettes? You will get a criminal record: Bheki Cele

Police minister Bheki Cele says those caught buying or selling cigarettes will be prosecuted and, if found guilty, would have a criminal record
News
2 years ago
Next Article