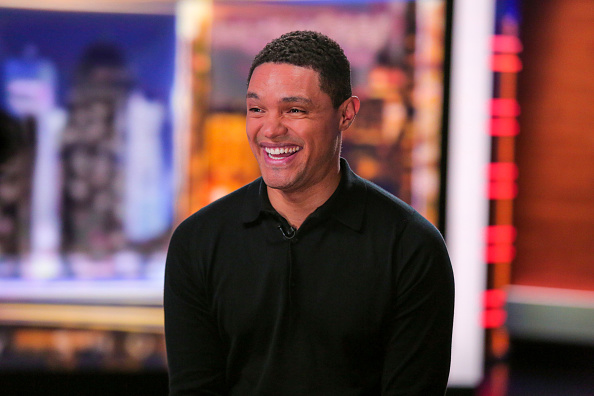 South African comedian Trevor Noah has been making waves further afield and we’re here for it. The 35-year-old became one of SA’s greatest exports in 2015 when he became the host of The Daily Show. Since then he’s made some major moves like publishing his autobiography Born A Crime, which is a New York Times bestseller, and being named the fourth-richest comedian by financial magazine Forbes a few months ago. At the weekend, Noah made history by being the first African comedian to perform at a sold-out show at Madison Square Garden in New York City. We’re beaming with pride over all the great strides he’s made in his career. To celebrate his achievements, we’ve listed seven things you might not know about the funny guy.

1. Getting away with mischief

In his autobiography Born a Crime, Noah speaks candidly about the privileges and prohibitions of being a bi-racial child in apartheid South Africa. One of the fortunes of having fairer skin than his cousins is that he got away with being mischievous a lot because his grandmother was too afraid to give him a hiding.

“Because I don’t know how to hit a white child,” she said. “A black child, I understand. A black child, you hit them and they stay black. Trevor, when you hit him he turns blue and green and yellow and red. I’ve never seen those colours before. I’m scared I’m going to break him. I don’t want to kill a white person. I’m so afraid. I’m not going to touch him.” And she never did.

2. He launched his career on Isidingo

Noah has had an illustrious career in the local entertainment industry. From presenting the first season of celebrity lifestyle show Real Goboza to hosting his own graveyard show Noah’s Ark on popular youth radio station YFM, the jokes man has done it all. But it was his cameo role on Isidingo when he was 18 that kick-started his career.

While he’s known for his wit and intellect, The Daily Show host knows how to fend for himself on the dance floor. In 2008, Noah came second on the popular ballroom dancing show Strictly Come Dancing.

We don’t know much about Noah’s love life but we know one thing for certain, he’s dated someone famous in the past. In an interview on WTF Tumi, actress and co-founder of Sorele Media, Stephina Zwane, admitted that her bestie and business partner Salamina Mosese had a love affair with Noah. “It was weird because she dated Trevor before he was Trevor. He was Trevor with the big afro and a yoghurt advert,” she said.

5. His name was inspired by a famous actor

Noah’s mother Patricia named her first son in honour of her favourite actor John Travolta. In an interview with Daily Mail, Mama Patricia said: “Trevor was the closest I could get to Travolta.”

6. He is no stranger to firsts

Being the first child of Mama Patricia isn’t the only title of "first" Noah has. The television host became the first South African comedian to appear on The Tonight Show in 2012 and The Late Show in 2013. A few years later he got the gig as Jon Stewart’s successor on The Daily Show.

Noah has made a name for himself as an internationally renowned comedian but his hustle comes from far back. The 35-year-old started making money in his teens when he would run errands for his classmates during break time. He also used to sell pirated CDs and had a stint at DJing as a teen. While the star doesn’t hold an MBA or any university qualification for that matter, he is living proof that life is the greatest teacher.