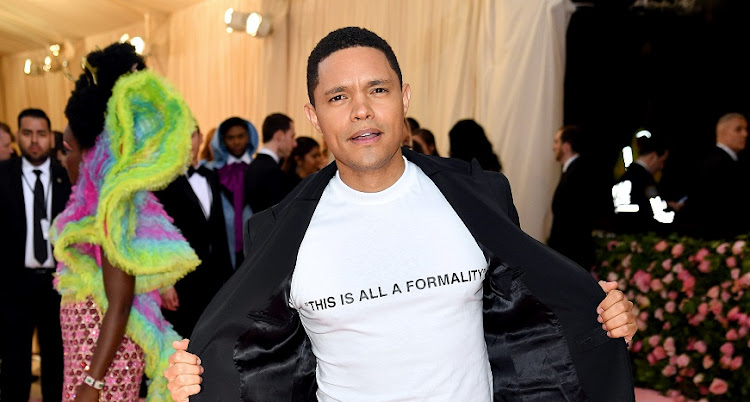 World-renowned comedian Trevor Noah was recently named the world’s fourth-richest comedian by Forbes Magazine. The Daily Show host is said to have earned $28m (R430m) in the year to June 2019, most of it coming from cracking jokes across the globe.

The stellar comedian made more than 70 stops across the world and had a second Netflix special. He’s still collecting cheques from his 2016 book, Born a Crime, which is ranked No 1 on the New York Times’ best-seller list for paperback non-fiction.

To celebrate this milestone, we’ve rounded up four money lessons from Trevor.

Though Trevor is rich and famous, and breaks bread with all our faves now, he was a bit of an outcast in high school. He wasn’t part of any squad and didn’t have girls to impress, so he ran errands for his peers during break time.

“That's when I learned time is money. I realised people would pay me to buy their food because I was willing to run for it.

“I started telling everyone at assembly, 'Place your orders. Give me a list of what you want, give me a percentage of what you're going to spend, and I'll buy your food for you.'”

2. USE WHAT YOU HAVE TO YOUR ADVANTAGE

Trevor nagged his mother to get him a computer because he 'needed it for school'. Instead, he spent countless hours surfing the internet for music. Using his PC and a CD writer, he started a business selling pirated CDs.

If you grew up with scheming friends like Trevor’s pal Tom, you’ve probably personified the phrase “fake it ‘til you make it” once in your life. Tom once invited Trevor to a talent show in Hammanskraal, but failed to mention to Trevor that he would be impersonating a celebrity guest — rapper Spliff Star, Busta Rhymes’s hypeman. As the pair had already been paid for the performance, Trevor had to suck it up and mumble rhymes on stage.

Dressed in the signature rapper’s garb from that era — Timberlands, snapbacks and oversized jeans — the comedian managed to get away with it.

“The audience erupted with cheers and applause. An American rapper had come to Hammanskraal, and it was the most epic thing they had ever seen.”

Many moons later, he lives in America and has casual conversations with rappers for a living. We love a success story!

4. LISTEN TO YOUR STREET-WISE FRIENDS

Did you know Trevor had a stint at DJing back in the day? After matriculating, he didn’t go to university because of a lack of funds, but his CD business sustained him for a while. His friend, Bongani, was amazed by his music collection and suggested he play at parties in Alexandra.

“Trevor, I don’t think you understand; you’re sitting on a gold mine. We need to do this for a crowd. You need to come to the township and start DJing gigs. No one has ever seen a DJ playing on a computer before,” he said.

Through his extensive music collection and computer, he collected some coins and became known as the “light-skinned guy who plays music on a computer”.

Whether you're paying off a student loan, looking for investment tips, or saving for retirement, it never hurts to get some help.
S Mag
2 years ago

Businessman rapper Shawn “Jay-Z” Carter has made history by being the first hip-hop artist to make a billion dollars. We bring you five money lessons ...
S Mag
2 years ago
Next Article