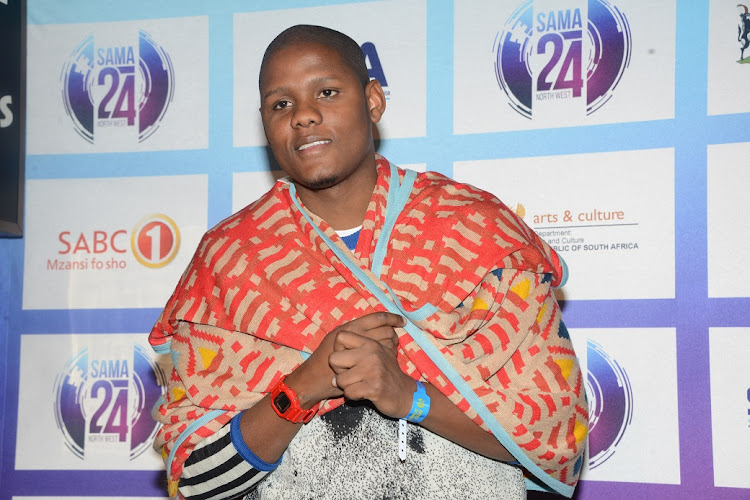 Samthing Soweto has been on a winning streak since he featured in Sun-El Musician’s chart-topping single Akanamali in 2017. The singer’s rise to stardom may seem like an overnight sensation but people who’ve followed his career from its early days will know that his place in the charts is well earned and long overdue. It seems the award-winning musician’s time to shine has come as he continues to dominate the charts and has made history as well.

His hit single Akulaleki which features Kabza de Small, Maphorisa and Sha Sha was number one on Apple Music at the same time as his debut album Isphithiphithi peaked at number one. This makes him the first local musician to simultaneously have a number one hit single and an album on one of the biggest streaming services in the world.

To celebrate this milestone, we’ve rounded up seven things you might not know about the Akulaleki hitmaker.

The Soweto-born artist might be born and bred in Protea North, Soweto, but he spent some time in the Eastern Cape when he was five years old. In an interview on The Best T in The City, the 31-year-old said he was taken to live with his grandmother but was later moved back to Soweto.

“She [his mother] thought maybe an upbringing in the EC would benefit me but it didn’t. I lost weight, not that my granny wasn’t looking after me, I cried every day…it was too much for me so she came back after a year,” he said.

2. Music is his saving grace

When he was a teenager, Samthing Soweto used mandrax and got involved in crime to escape troubles at home. He later went to juvenile detention for armed robbery. In an interview with SowetanLIVE, he said he didn’t have a choice but to make music to escape a life of crime and drug addiction.

3. He is one of the founding members of The Soil

While Akanamali introduced Samthing Soweto to a wider and more mainstream audience; the star’s contribution to the a cappella group The Soil was his induction to the music industry. He also wrote the group’s hit song Joy.

4. His biggest fear with Isphithiphiti is losing his older audience

To his day-one fans, Samthing Soweto is known for his jazzy and Afropop sound but the transition to the more upbeat amapiano is something he worries will make him lose his former fan base. “I'm just worried about the general public, the mothers and fathers at home. Is the message going to translate because my album is about a number of things and not just dance,” he told SowetanLIVE.

5. A life of perseverance

Samthing Soweto dropped out of school when he was in grade 8 because he has a problem with reading and writing. “School was really tough for me. It was a nightmare but I went back nonetheless,” he told Mo Flava and Masechaba Ndlovu last year.

Samthing Soweto is the third of four children, raised by his single mother.

7. His favourite song off the album is Sebenzela Nina

It’s often hard for artists to pick their favourite work because apparently that seems like a parent admitting to having a favourite child. However, Samthing Soweto told SowetanLIVE that Sebenzela Nina, the first song on his 13-track album, is his favourite.