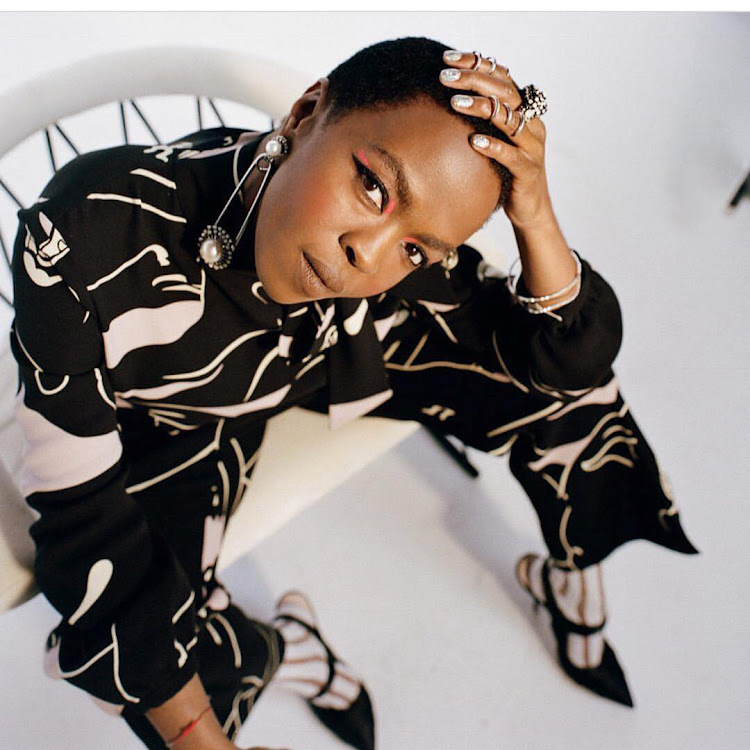 Singer, songwriter and actress, Lauryn Hill is the new face of clothing brand Woolrich. Not only did she model for their latest campaign, but the 43-year-old artist was also the creative director of the shoot.

Woolrich, which was founded in 1830, is a manufacturer of outdoor wear in the United States. The company was founded for the purpose of manufacturing fabric for wives of hunters, loggers and trappers (people who trapped wild animals for their fur).

Hill is well known as part of the ‘90s band The Fugees. In 1998, she released her first solo album The Miseducation of Lauryn Hill to critical acclaim. While she has spent numerous years ducking the limelight - and some of her many tabloid-trumpeted scandals - we look at seven interesting facts about the singer you probably didn't know.

Before finding fame as a musician, Hill had a recurring role on American soap As the World Turns. She played the role of Kira Johnson back in 1991, before her big-screen debut alongside Whoopi Goldberg in the Sister Act sequel in 1993.

Long before her Miseducation, Grammy Award-winning singer, rapper, musician, songwriter, producer, and film actress, Lauryn Hill, appeared on As The World Turns. While still in high school in Maplewood, New Jersey, Hill played a recurring role on the Daytime Drama as the troubled runaway, Kira (1991).

2. Booed at the Apollo

A young Hill took to the stage at the Apollo, the famed Harlem live-music venue where "stars are born and legends are made". Hill's underwhelming performance of Who’s Loving You Now saw audiences booing her. According to Complex, Apollo audiences are notoriously tough to please but Hill braved it through the whole performance. Other famous artists who were booed at the Apollo include Ne-Yo, Lyfe Jennings and Luther Vandross.

Lauryn Hill gets booed while performing on stage at the Apollo Theater (13 years old at the time). She performed the song "Who's lovin you" in front of a merciless audience. Little did the they know... Lauryn Hill would have the last laugh... many years later, of course.

In 2013, Hill served three months in jail for tax evasion but this was not going to stop her from showering her fans with music. She released Consumerism with an accompanying letter explaining the meaning behind the song. In the letter, published in Billboard magazine, Hill explained the track was finished through e-mails and verbal directions.

Hill does not take kindly to being referred to by her first name. At the Sundance Festival in 2011, her management gave instructions to staff to address her formally as Ms Hill, Essence reported. Her nickname is L-Boogie.

According to music site Booms Beat, Hill performed such a rousing rendition of the American national anthem The Star-Spangled Banner that her school used it at subsequent basketball games.

Hill made it into the history books with her debut album The Miseducation of Lauryn Hill when she became the first woman to win five Grammy awards in one night. She won Album of the Year, Best New Artist, Best R&B Song, Best R&B Album and Best Female R&B Vocal Performance.

In 2003, a movie adaptation of Charlie's Angels delivered a powerful all-girl team of super-spies. No stranger to acting, Hill was offered the role of Alex but declined. The character was eventually played by Lucy Liu.

There is more than meets the eye to the new Real Talk host.
S Mag
3 years ago

Today marks the start of the second season of Being Bonang, Bonang Matheba’s reality series. The reality TV show chronicles the glamorous life of ...
S Mag
3 years ago

Here are seven things you need to know about the young talent who has been dubbed the new Thierry Henry.
S Mag
3 years ago
Next Article