Opinion | African culture up for sale again on Western shores 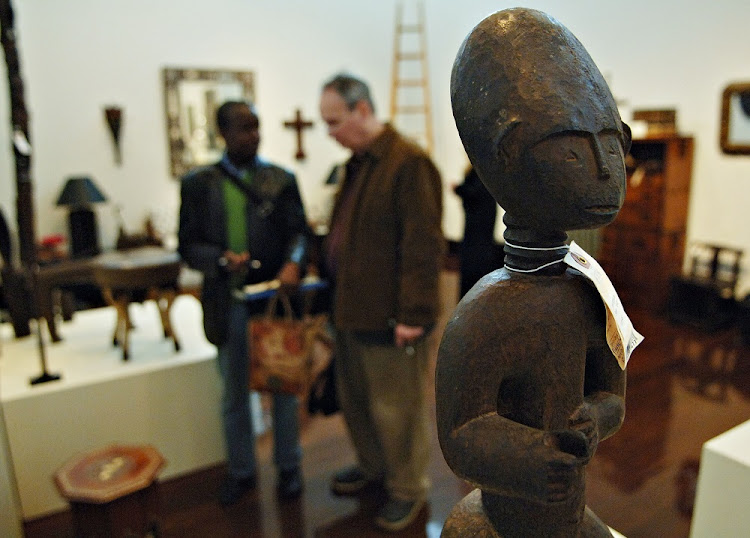 A piece of Africa's history, pride and dignity is up for grabs yet again in the West. Auction house Christies announced it would be auctioning 105 pieces of African "art" in Paris next week in what one report touted as the "sale of the season for collectors of ethnographic art". The collective loot is set to fetch an estimated €7-million (about R111-million) to €11-million.

Reading about the impending auction had me what I thought was sufficiently riled until a colleague of mine (whose experience of the world has not extended beyond the cushy privilege of Johannesburg's leafy suburbs, the "Parks") decided to weigh in on the matter.

Colleague C (for Cancelled) felt it an opportune time to discuss how the removal of these artefacts from their original homes was not necessarily a bad thing as "would the world have actually seen this art if it hadn't been taken to the West?".

Colleague C then went on to question whether the said pieces would still exist were they not "carefully preserved" in the clammy hands of selfish and greedy collectors. First and foremost, what needs to be said and understood is that the pieces which are now trading hands as art were not created for the pleasure of the Western world's artistic ambitions.

OPINION | Why artists are dying poor

Too often artists are dying in poverty. Yolisa Mkhele looks at why.
S Mag
4 years ago

Whether or not they were seen by the rest of the world and those who effectively had no business viewing them is also not the point.

A lot of the works were created as spiritual and meaningful structures that spoke to and reflected the cultures which centuries of colonialism plundered. The point, however, is that Africa was pillaged and the remainder of what belongs to her should be returned.

On a recent visit to Burkina Faso, French president Emmanuel Macron made a promise to repatriate Africa's museum artefacts — a "noble" gesture by a country that deployed some of the cruellest regimes in its colonies.

Naturally, his sentiment has not caused a wave of remorse from those who continue to possess parts of Africa's rich history and culture; unsurprising when one considers that some of the artefacts that were stolen under the guise of being "discovered" are now valued at astronomical amounts.

So, as much as many continue the call for aggrieved Africans to "get over it", just remember that the reality is Africa is still up for sale even in 2018. And no price tag will ever be enough.

Pearl Boshomane Tsotetsi discovers that marriage means letting go of the little things, but not compromising when it comes to your essential values
S Mag
4 years ago
Next Article