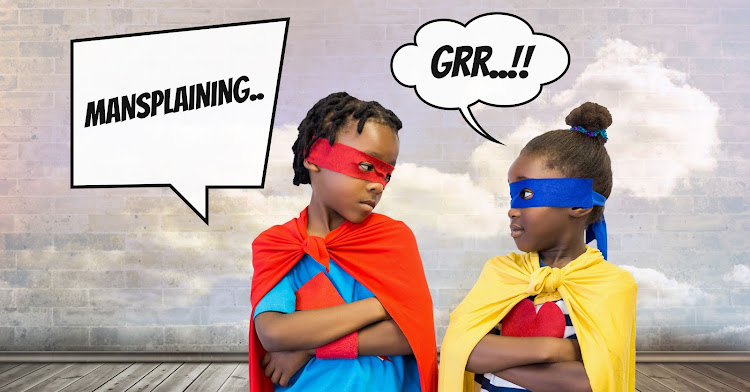 Today marks the Mecca for all footballing armchair critics as they congregate on their sofas to provide us with their expertise.

From tonight, when the World Cup kicks off in Russia, you will be treated to unsolicited opinions on player choices, reviews of games you didn't even know were on and, my favourite, permutations. A big word that you need to know on the years a World Cup is scheduled.

Allow me to define it in simple language: when people calculate ridiculous mathematical equations to try to explain why their useless team might - if God himself holds his breath or if everyone else in the other teams dies - make it through their group or pool in which they have not won a single game.

But the World Cup is not the only time we are subjected to armchair critics. No. The ever-ready to annoy streets of Twitterville have their own special school of armchair critics - Twitter professors.

Do you have an inexplicable affliction that doctors have resolutely told you can now only be managed until your tragic and bitter end? Fear not, Twitter medics will cure you! These experts have no limit to their skills.

Medical degree for what, for who? You've just got a severe case of unbelievalitis - that's why you are even daring to question their smarts. Unbelievably, these experts are not even the pinnacle of the Twitter Academy hierarchy.

We need to slay the dragon of shaming women

This exclusive club is for people who uphold the morals you didn't even know existed. People who will ask the hard questions like: how can you expect to get married when you still go to the club instead of sitting at home like a good girl.

How you wanna be Beyoncé when you're acting like Rihanna? Yip, society was never ready for this level of keeping things right. Which brings us to Mansplainers (a combination of man and explain). Even if you're not a woman but you know exactly how a woman's mind works, then you're in the right company.

Who needs to live out the female experience to be able to tell women exactly what they are thinking.

The more condescending you deliver your pearls of wisdom, the better.

You know why women "all hate each other"? Of course, you do! What about when their periods are about to start?

That's an easy one because any self-respecting mansplainer knows it's if they show any sign of aggression as a result of being provoked.

Now go forth armchair critics and experts and conquer!

How to predict a winner in 2018 FIFA World Cup

Remember Jabulani? Back in 2010‚ when South Africa hosted the Soccer World Cup‚ the octopus at the Two Oceans Aquarium in Cape Town was on target ...
Sport
3 years ago
Next Article