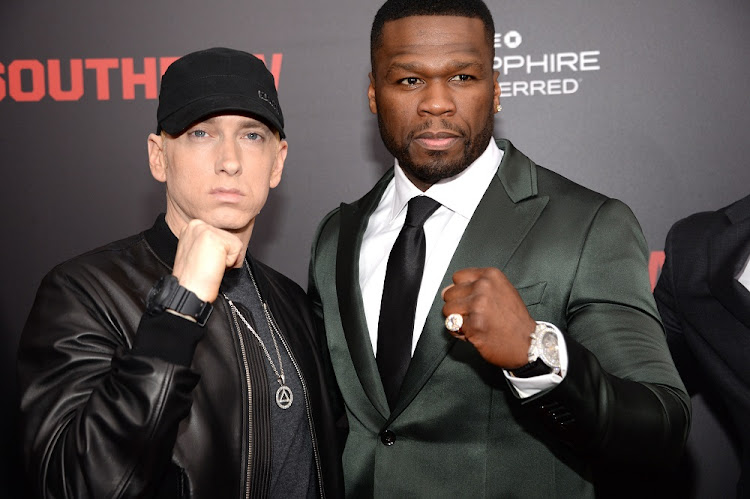 Comeback king Marshall "Eminem" Mathers celebrated yet another milestone this past weekend.  The 45-year-old rapper shared with fans on his social media that he had been sober for 10 years.

On Sunday he posted a picture of himself with a sobriety badge, adding: "Celebrated my 10 years yesterday."

Alcoholics Anonymous and Narcotics Anonymous offer a number of coins to commemorate how long someone has been sober for, from a navy blue coin for 24 hours, including the purple and gold medallion which Eminem showed off for his decade of sobriety.

Fans were so inspired by the rapper's achievement that a few took to social media to share their personal stories.

THIS gives me hope! I’m day 34 right now! I hope to meet you someday! Respect ✊ and Love ❤️💙 pic.twitter.com/wDC6qXMkcH

Day one I actually looked up a bunch of artists that were sober and you and aoki and Barker inspired me the most; congrats my dude! I hope to be there one day! pic.twitter.com/vhQ4br1aDI

The rapper celebrated the feat by shutting down Coachella with a star studded perfomance that included cameos by Rihanna and Dr Dre.

I don’t know about “beychella” i think Eminem won coachella 🙌🏻

My favorite part of Coachella was @drdre and @Eminem hands down. I will never forget tonight. pic.twitter.com/RNvIFT9Qh5

Eminem has always been open about his battle with addiction, sharing in an interview with American music show, 101 Barz, that his drug addiction began in 2003 after shooting 8 Mile, progressing to an overdose on methadone in 2007.

Eminem opens up about his past issues with pills and drugs and his times spent in rehab. He also opens up about when he started taking Vicodin and Ambien during the filming of 8 Mile, and how he used alcohol on top of them to cope with his heavy work schedule.

Eminem also featured in a 2012 documentary, How to Make Money Selling Drugs, where he detailed the denial he had had with drug addiction, his first failed relapse and surviving addiction.

"I was literally up for three days straight and I mean not sleeping, not even nodding off for a f*****g minute," he said at the time.

The documentary, which looks at the violent and lucrative world of drug dealership, also featured Curtis "50 Cent" Jackson and Russel Simmons.