7 things you didn't know about: State funerals in South Africa 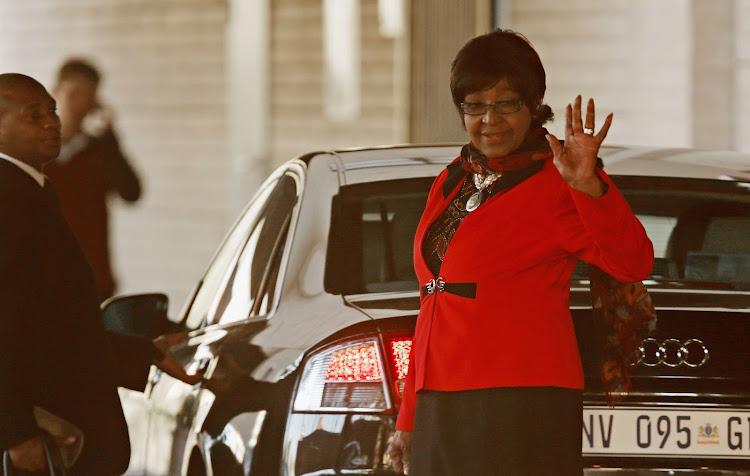 Tomorrow will be a day to be remembered as the country lays activist and politician Winnie Madikizela-Mandela to rest.

Following her passing, a 10 day mourning period has been observed since April 3.

Here are some facts you might not know about state funerals, the role players and procedures observed.

1. There are two categories to state funerals. The first is State Funeral Category 1, for the President of the Republic of South Africa, the president-elect and former presidents.

2. Spouses of a serving president are eligible for what is called an Official Funeral. This type of funeral also comes in two categories. Category 1 is reserved for serving ministers, premiers of the nine provinces, Speaker of the National Assembly, Chief Justice, Chairperson of the National Council of Provinces (NCOP) and any distinguished persons as designated by the President.

There is no specific category for spouses of a former president.

3. The remains of the dignitary lie-in-state, which means that the body of the deceased will be kept at the the Nelson Mandela Amphitheater at the Union Buildings, watched over by a guard of honour by the South African National Defence Force.

The serving president can determine the period that the body will be kept at the Amphitheatre or whether the body can be kept in an alternative location.

We look at some interesting facts about Chri Hani that may have missed your history books.
S Mag
3 years ago

4. The funeral is preceded by an official memorial at the City Hall of the capital city and seat of government, Pretoria. Should there be logistical issues, it becomes the president's decision as to where the memorial will be held. However, the official Night Vigil is left to the family of the deceased dignitary to decide.

5. The role of the family is limited to a few responsibilities. Only for Category 1 state funerals can the family put in special requests on the location of the funeral to the President of the country.

For both categories, the Presidency will appoint a special aide (or two) to the next-of-kin to coordinate and liaise with the family over funeral arrangements. The assigned aide is responsible for all communications between the grieving family and the presidency.

6. For Category 1 state funerals the balustrades and pillars at the following buildings must be draped in black cloth: Union Buildings, the City Hall of the capital city and any other building as requested by the president or the acting president.

7. The president must appoint an Inter Ministerial Committee (IMC) to coordinate the state funeral. The IMC is responsible for the coordination and management of the funeral.

An IMC is put together by the presidency for a number of tasks; for example an IMC led by former Minister in the Presidency Jeff Radebe was put together to head the organisation and implementation of the Nelson Mandela celebrations running throughout this year.

Current Minister in the Presidency Dr. Nkosazana Dlamini-Zuma was selected as the chairperson of the IMC for Madikizela-Mandela's funeral.

The above information was sourced from the State, Official and Provincial Funeral Policy document.

She wore traditional outfits and accessories at a time when donning cultural wear was a political taboo.
S Mag
3 years ago
Next Article