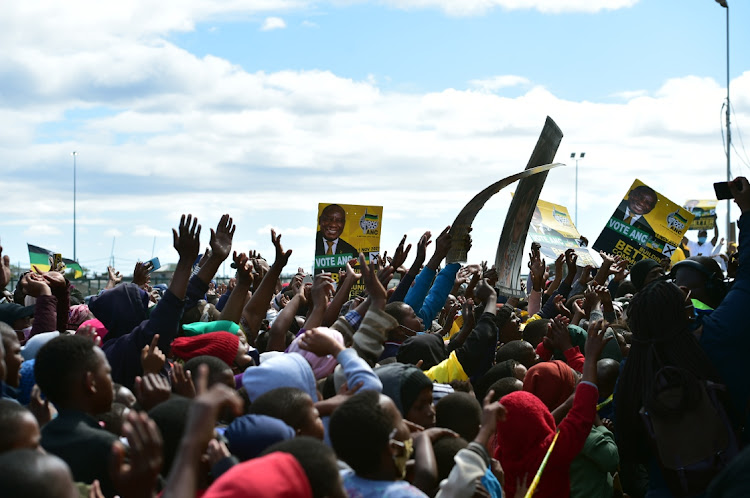 Is SA a democratic state? Does the holding of elections every five years confirm that the country is democratic? There are no easy answers.

However, in a normal democracy, there is no political party that stays in power for more than 10 years. On November 1 2021, SA held its sixth democratic local government elections, under the Covid-19 regulations.

As expected, the ANC continued its dominance and won most municipalities, though with lesser margins. A few are hung municipalities. Leading up to the elections, many communities complained about the lack of service delivery by the ANC-led government.

When President Cyril Ramaphosa campaigned for his party, citizens told him their frustrations regarding poor delivery. Ramaphosa promised that the party will improve its performance. One of the serious problems is electricity.

Many communities, including in Soweto and Tembisa, are without electricity. The sister of the president in Chiawelo, Soweto, was told by residents to call her brother and tell him to come and fix the problem in the area. That’s how bad things were.

The Eastern Cape is one of the most impoverished regions. There is lack of development in that province. One of the challenges is lack of water. As a result, some citizens have relocated to areas where there is development. In Hammanskraal, Pretoria, there has been a water problem for a very long time.

Residents are forced to drink and use dirty water to do their household chores. The situation there has become normal but unacceptable. When did abnormal things become normal? Guess what? In the recent local government elections, the Eastern Cape citizens and Hammanskral residents returned the ANC to power.

This is the same political organisation that has failed them over and over again. However, I respect their democratic right to elect the party they want. That said, the above is an indication that the governing party is not a problem; voters are. Their loyalty to the ANC is more important than service delivery. Therefore, they should not complain about lack of service delivery going forward.

The ANC has retained the dysfunctional Ditsobotla local municipality in Lichtenburg, North West, with a slight majority victory.
News
4 weeks ago

Vuwani residents vote for ANC after a 10-year boycott

Residents of Vuwani in Limpopo, who boycotted voting in municipal elections in 2016 over demarcation issues, have overwhelmingly voted for the ANC ...
News
4 weeks ago

Despite trying to block the party from holding its final election rally last week, residents of Senaoane and Dlamini in Soweto have voted the ANC ...
News
4 weeks ago
Next Article