The ugly truth about Bianca rightfully eliminates her 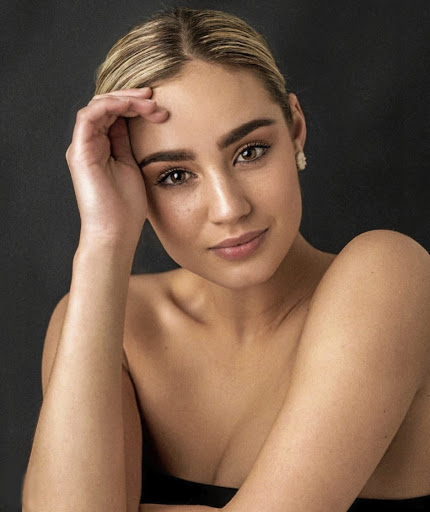 Bianca Schoombee has seen her dream to be the next Miss SA go up in smoke after young black teenagers who went to school with her exposed racist comments. / 123RF

She was young, beautiful, charming and so close to using all these attributes to earn herself a key to the life of the rich and influential, all of which would have guaranteed her a glorious mention in our history books.

But the fabled door to power was suddenly slammed in the face of Bianca Schoombee after her "true side" was revealed this week.

In case you have not been following the news, Schoombee, a beautiful lass from the East Rand, was fast emerging as possibly our next Miss SA.

But black women who went to school with her in Germiston stepped out of the shadows and said: there is no way a virulent racist could be allowed to be the face of SA.

They revealed a slew of racist tweets which Schoombee gleefully posted when she was a high school pupil in 2014.

When the tweets were first revealed, Schoombee tried to explain them away, arguing that she was young and ignorant when she wrote them and has since grown up. But the evidence against her was overwhelming. It was not just one accidental tweet produced in the heat of an angry moment.

There was a whole slew of tweets. They exhibit a consistently hateful tone against black people and a sneering attitude towards fat people. Stuff you wouldn't associate with a Miss SA hopeful. It's a good thing these tweets were discovered now. Imagine if they were to be revealed when she was already a reigning queen.

I always tell my friends how easily forgiving I am to racists who are from my generation. They'd been taught that looking down upon black people was their duty to God. Being hateful towards blacks was part of their lives.

Some white people from this era did rebel against this dominant thought, but they were few and far between.

When the Truth and Reconciliation Commission started doing its work in 1996, some whites started howling about a racial witch hunt. On the other hand, some black people believed that after the TRC process, racism would end.

Both sides were wrong. The TRC was not meant to find and punish white scoundrels, nor would the process be a panacea for the country's racial ills.

But one of the things that the TRC meant to achieve was to give South Africans time and space to reach out to each other. To start on a clean slate, and to dream of a better way of bringing up their children in a racially tolerant setting.

That Schoombee, born long after the TRC process, and raised in relative privilege could sound like white people at the height of apartheid is a tragedy.

No one is born racist. Children learn from parents and from the immediate environment that they are superior to the next person based on their race.

Schoombee has drunk from the poisoned wells of white superiority which are clearly still there in her environment.

Atrocities such as the holocaust and apartheid started with a thought, then words, leading to violence.

I am too serious a person to allow schadenfreude to infect me. While I mourn the fall of Schoombee - as I would commiserate with anyone in her position - I am glad she was not brought down by any official body.

It was the young South Africans themselves, through Twitter, who said: No, Ms Bianca, you cannot represent us. Your armpits are smelly, you have a serious case of halitosis. Maybe go to Orania.

The South African government said on Thursday it strongly condemns the racial comments articulated by Adam Catzavelos.
News
3 years ago

Chris Hart has responded in 10 tweets following his resignation from Standard Bank amid a disciplinary hearing against him over a tweet deemed to be ...
News
6 years ago

Helen Zille and Chester Missing battle it out on Twitter

Democratic Alliance leader Helen Zille and puppet "Chester Missing" battled it out on a social networking site on Wednesday after her suggestion that ...
News
7 years ago
Next Article