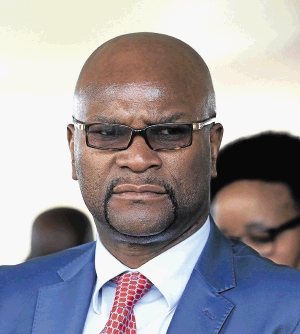 An unusual time as the one we are facing, thanks to the coronavirus outbreak, would naturally lead to consequences which we are trying to avoid, and SA sport has been a victim this week.

Amid calls for calm as the virus wreaks havoc worldwide, there has instead been panic, uncertainty and lack of clarity on some of the most basic matters that a teleconference by sport leadership should have resolved in a few hours.

But not in our beautiful country, where egos, pride and, more pressingly, the urge to show who's in charge, rule.

On Tuesday, sports minister Nathi Mthethwa seemed to have made the correct call to convene leaders of sports federations under one roof in Pretoria, to manage a crisis which has led to the cancellation and postponement of various events as directed by the president of the Republic.

But, unfortunately, what has come out of that meeting has served to breed even more confusion, in some instances fuelled by the minister himself.

Sports minister Nathi Mthethwa has slammed Tuesday’s statement by the Comrades Marathon Association (CMA) - in which they declared that the marathon ...
News
2 years ago

Mthethwa's attack on organisers of the Comrades Marathon was a perfect example of overreaction emanating from lack of information.

The Comrades Marathon Association (CMA) had earlier issued what I thought was a reasonable statement in which it advised runners to continue with their preparations, as a call would be made within a month on whether the popular ultra-marathon would proceed.

Mthethwa ostensibly read this as an act of defiance by the CMA, and responded with hyperbolic vitriol. He called the CMA "irresponsible", and angrily told reporters "Comrades Marathon will never go on".

A more measured response would have been to seek clarity from the CMA, or even state that the event would be postponed, instead of saying it "will never go on".

On the same day, the minister then contradicted himself by appearing to give the Premier Soccer League the green light to stage matches behind closed doors. "As we speak they [PSL] can have their matches with no spectators," he said.

Anyone with a basic knowledge of how European countries such as Spain and Italy now have footballers testing positive for Covid-19 would advise the minister against encouraging this route.

South African Football Players Union (Safpu) vice-president Tebogo Monyai has said that they are consulting with their members to find out how the ...
Sport
2 years ago

What was more disappointing from Tuesday's talkshop was that the PSL and Safa, having been in the room with the minister, did not come out with one voice.

Mthethwa should have been corrected then and there, and told the behind-closed-doors approach has not solved anything, and in fact has had dire consequences elsewhere.

Safa, through its president Danny Jordaan, commented that its position was that football should remain suspended.

But why couldn't Jordaan tell Mthethwa in that meeting? Why call a press conference a day later? Jordaan repeated the statement yesterday, adding "Safa, and no-one else, is in charge of football in this country".

This is grandstanding of the highest order. The last time Safa made such a bold statement was two years ago, after they announced the Outsurance sponsorship of the referees. Let's just be polite and say the match officials have not been wearing that colourful gear of late.

Today, as the PSL is holding a board of governors meeting, shouldn't they invite Safa and speak in unison on the way forward afterwards? That's unlikely to happen, though.

And exacerbating matters is the fact that it appears another recklessly clumsy character has been assigned the sports portfolio by government.

Safa gets tough and suspends all football, including PSL matches

The South African Football Association (Safa) have taken the decision to suspend all football in the country in response to the Covid-19 pandemic ...
Sport
2 years ago

The Premier Soccer League’s Board of Governors meet in Johannesburg on Thursday to take a decision on the immediate future of professional soccer in ...
Sport
2 years ago
Next Article