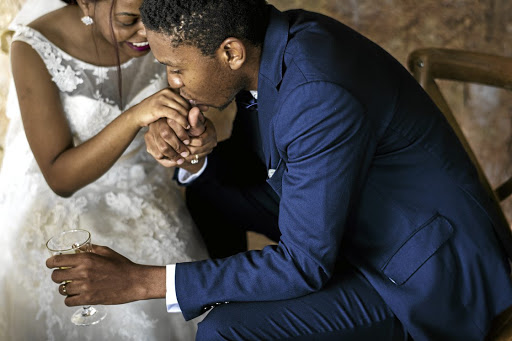 The doctrine of coverture's most pervasive legacy is women taking their husband's surname after marriage. / 123RF

In my line of work, I am seldom stunned. From the most bizarre to the most gruesome - name it, I have probably seen or heard it all.

But a few weeks ago, my proud record of being generally unoffended or unmoved by encounters came to a screeching halt.

While having lunch with my daughter's partner I was left jaw-dropped about his stance on the doctrine of coverture's most pervasive legacy - women taking their husband's surname after marriage.

This is done because the woman is now considered "one" with her husband and therefore is required to take her husband's surname as her own. Hence the famous adage "there is no 'I' in marriage, only 'we'''.

My daughter's partner's exact words were: "I don't think it is necessary for your daughter to take my surname. I just want to be with her, and a surname is just a surname, nothing more. But of course if she wants to, she can do so - by all means."

As I am sure you all know, I am a very liberal man, but this statement really grabbed my attention, because it was an implicit attack on the assumed rigidity of culture or tradition. We are always startled by what exists outside the comfort of our beliefs, we refuse to embrace "difference" or an alternative, and that has been the basis of history's most gross acts of inhumanity.

"If anything, I can easily take your daughter's surname, for me there is no difference," he continued, as if I was not already startled.

I tried to probe further, tried challenging him, to think a bit more about what he was saying; surely a man must get a lot of pleasure in giving his wife his surname.

Imagine the rigorous process of lobola, your uncles being made to wait for hours on end trying to get into your in-law's yard, surely this makes it all worth it, and all I got as a conclusion was an anti-climactic: "It just does not matter to me, I just want to be with your daughter."

Tentacles of patriarchy toxic to both men and women in Mzansi

This means an average of 114 rapes were recorded by the police each day, and these figures obviously do not even account for the gross ...
Opinion
1 year ago

Perhaps what saved the young man from further interrogation was the certainty at which he posited that, ultimately, he just wants to be with my daughter.

As bizarre as the encounter was, it was also most fulfilling because it challenged me to think about how we reject the merging of the "modern" and the traditional or cultural.

I posit instead that culture and tradition can assume modernity.

Growing up, the words culture or traditional and modern were dichotomised. It was one or the other. Sadly, the dichotomy still exists today but I believe it is this rigidity in thought that hampers social progress.

Culture and tradition do not necessarily have to mean old and outdated. Modernity and tradition or culture are not incompatible. Culturally, even though I pride myself in being liberal, my daughter's partner has to marry her because that is what we do in our culture. However, my daughter not taking her husband's surname has no real bearing on the cultural practices and their union.

If anything, their union seems like a perfect synthesis of what is deemed as cultural or norm and the unorthodox. Imagine my daughter possibly losing the man she cares about just because culture says she must take up his surname because she will not be "one" with him if she doesn't.

Sociologists describe culture as a form of identity, and this perhaps may be the most apt definition. Culture is regarded as a set of values that affect how a person behaves.

I agree with the definition, but personally, I would also add that I believe culture is a way of life and it is therefore flexible.

As society evolves, the way we live also needs to evolve. With the will, even conflicting ideas are reconciled to form a new way of life - a dialectic method of historical and cultural progress.

Failure to denounce the misconception that culture or tradition are static is akin to trying to barter in the 21st century - it won't work - it is an outdated method of exchange for the present time. Change is not an assault to culture but a possible aid, as uncomfortable as it is.