Give Patrice Motsepe a break, he's much more than his Trump comment 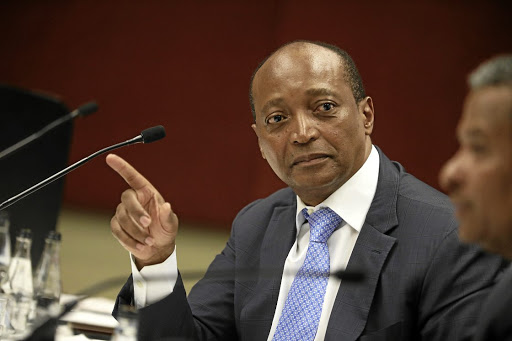 Within minutes of the story breaking about Motsepe's "flattering" conversation with Trump, I started receiving texts, calls, and emails from friends and folks from just about everywhere.

I confess, I was a bit surprised when I read the report.

But, I chuckled and moved on. Let me add, I've been equally surprised that this exchange between Motsepe and Trump at Davos has continued to be the subject of comments and commentaries.

As someone that lives with the reality of Trump 24/7, this falls so far down on the Richter Scale of Crazy, it's not worth a mention.

For those who are so bent out of shape by this, I have a few questions. At the end of the day, what would you have had Motsepe do? Given Trump a piece of his mind?

Trump has already made it clear he doesn't think much of Africa. A hostile conversation between Motsepe and Trump certainly would have resulted in some choice tweets, at the least.

Or, perhaps, he should have walked past Trump and ignored him. Well, that would have been in bad form. Quite frankly, that sounds like something Trump might do.

Did Motsepe go a little overboard in this passing conversation with President Trump? Even he's admitted as much. At the end of the day, as South Africans would say, "it's no train smash".

Is a "meet and greet" in Davos the sort of thing around which lasting impressions are formed or great policy changes initiated? In a word, the answer is "no".

Motsepe's contributions to the growth of the South African economy and the increase of employment opportunities in South Africa and elsewhere in Africa are much more important than a chance meeting with the President of the United States, whether it's Donald Trump or someone else.

The continued role that Motsepe will play in harmonising trade regimes on the continent is much more important than a one-off encounter with Donald Trump.

Is the leadership role he's played (and will continue to play) more important than a few, less-than-well-chosen, words with Trump? The answer to that is obviously "yes". Patrice Motsepe is a man of grace and dignity, who is a credit to South Africa and a worthy role model for South Africa's young people, or young people anywhere.

In the grand scheme of things, he made a really, really small mistake. It got virtually no coverage in the western press, nor a tweet from Trump.

Symbolism is important, I get it, and to look like he's kow-towing to Trump is embarrassing. But note, substance trumps symbolism everyday of the week. Motsepe is a man of substance and has made enormous contributions to SA's growth and development, and will continue to do so for years to come.

*Stith is former US Ambassador to Tanzania

I can assure our dear Patrice Motsepe that I know at least one person who loves America. My son!
Opinion
2 years ago

Patrice Motsepe stirs debate on Twitter as a video of him saying Africa loves Donald Trump trends.
News
2 years ago
Next Article