The future for queer liberation on the continent looks bleak 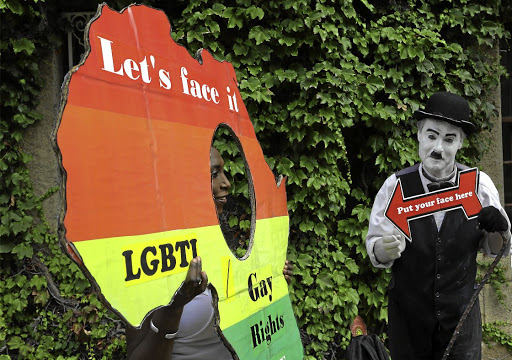 Queer people across the continent are still not treated with dignity. Africa has a long way to go with its atrocious record of LGBTQ rights. /Ruvan Boshoff

Politics is about power. It is not a calling, nor a passion.

There may be those who are drawn to it in hopes of making a difference, but soon the realisation dawns that you can't solve the problems with the same tools that were used to create them.

In our current state, particularly as a continent, the theory of inevitable progress seems to be a terribly abstract concept which exists only in our imaginations.

The advancement of queer rights on the continent, despite the tireless, back-breaking efforts by activists, is taking a beating on many fronts and should not slip under the radar on our watch.

As a site of relentless colonial violence, Africa has got an atrocious record of LGBTQ rights, even today. Evidence for pre-colonial societies endorsing and even exalting homosexuality and gender fluidity is abundant, but the retention of draconian colonial laws outlawing consensual same-sex relations plagues us.

Kenya's attempt to repeal section 162 of the penal code proved unsuccessful, with the government upholding that queer citizens are second class and should remain so.

Botswana, successfully repealed section 164 of its penal code, setting a historic precedent for human rights, only to have the decision appealed by the state.

Uganda announced plans on Thursday for a bill that would impose the death penalty on homosexuals, saying the legislation would curb a rise in ...
News
2 years ago

In Eswatini, the government has denied registration of the first organisation explicitly advocating for the advancement of LGBTI rights in the country.

The denial is grounded in the constitution which does not state that people may not be discriminated against on the grounds of sexual orientation.

Most tragically, the Ugandan government, which has been proud of its violently homophobic policies has just announced plans to implement the death penalty for homosexuality. In South Africa, we are just as queerphobic despite our progressive constitution.

At the centre of all these dehumanising decisions by governments is the perversion that comes with power. In all of these examples, one can see how there is an opportunity to make a better decision, but choosing not to.

In the case of Eswatini particularly, there is no penalty for treating queer people with dignity, but the choice not to do so because nothing stops you is one I find especially harmful.

The need to dehumanise fellow human beings reads as a kind of competition for reward instilled in us since time immemorial. We are taught to compete for everything - be it a job, a test score, a partner or entry into heaven.

Whatever we deem important will always be reserved for a chosen few and those who are not chosen must be obliterated. We discriminate to order society in ways that place us ahead.

These impulses, combined with political power, which in Africa is an extension of another power wielded over the continent, produce the deadly outcomes we see meted out to queer Africans.

We are in a moment that begs the question: What is power worth if placed in the hands of inhumane leaders?

Africa has been subjected to a kind of violence that has shaped us in horrendous ways. We ought to be interrogating the kind of humanity such violence produces. What good can we do with the power we can't seem to get enough of in our quest for liberation from western interference, when we continue to produce such violent citizens?

The future for queer liberation on the continent looks bleak from this vantage point. It seems the humanity of people classified deviant by a system used to enslave us all still matters least.

I am often asked for answers to the questions I pose and sometimes, I can provide a few insights.

On this issue, I am stumped, because it brings me back to the impossibility of solving a humanity that says: I can honour your humanity, but I won't, because nothing is compelling me to nor is there any reward in it for me.

I wouldn't know where to start.

I couldn't help but be reminded of Chris Lilley's Ja'mie: Private School Girl this week while contemplating the surge in pro-LGBTI+ right around the ...
Opinion
2 years ago
Next Article