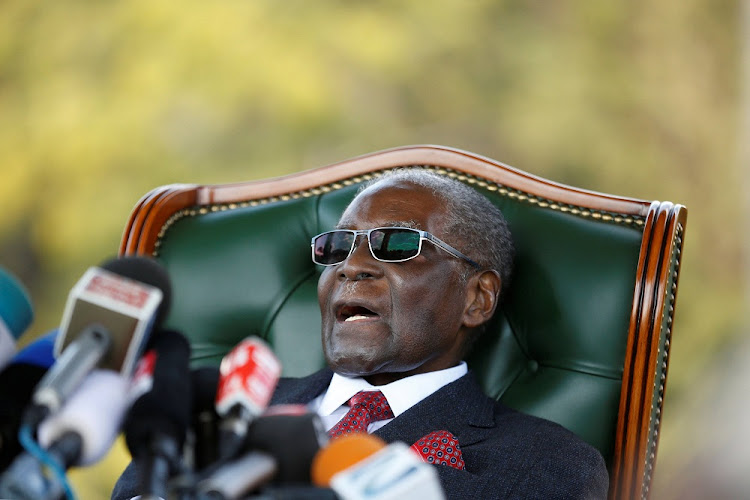 The ANC has always been first out the gate when it comes to defending what people in Tshwane townships call nyoso (nonsense).

Within hours, if not minutes, of the announcement of the death of Robert Mugabe on Friday the party of Oliver Tambo and Nelson Mandela issued a statement extolling the virtues of Robert Gabriel, he who died in a Singapore hospital and whose children luxuriate in Hyde Park, Johannesburg.

ANC voters had spent the past two weeks attacking and looting businesses owned and run by Zimbabweans and other foreigners. ANC voters had taken to the streets telling the same foreigners to "go home" to Zimbabwe, accusing them of stealing their jobs, their "women" (that always cracks me up - they "own" women?) and taking opportunities away from them.

Why, one wonders, do these ANC voters not ask their party leaders why Mugabe was such a great leader? Why have his people - and family - essentially fled his country to live in SA or elsewhere?

In my book, he leaves a country with a collapsed economy and water that's too dangerous to drink straight from the tap
Opinion
2 years ago

Mugabe did two great things. First, he helped defeat colonialism and brought down the dreaded Ian Smith regime in Zimbabwe. For that he should be honoured forever.

Second, he nurtured one of the best education systems in Africa. He did that at least until 2008 when the country fully and finally collapsed. And that's it. That's all.

I know, I know. His defenders will try to whitewash this monster. But it won't wash. This is a man who arrested Joshua Nkomo and others and then murdered thousands in Matabeleland in the 1980s simply because they favoured a different political and economic path.

And before you utter nonsense that Nkomo was a sellout please remember that he was the man the ANC preferred to win the first post-colonial elections. He wasn't a sellout then, when he was in alliance with the ANC. The ANC was shocked when Mugabe's Zanu won.

After murdering political opponents Mugabe then started stealing from his own people. He owned houses in SA and Singapore. He destroyed the civil service, the infrastructure and the institutions of democracy.

In 2002 he stole the elections. If you don't believe me ask Mugabe's friend Thabo Mbeki. The former SA president asked two judges to assess what happened and they gave him a comprehensive report that showed murder and mayhem.

He hid the Khampepe report from scrutiny, thus teaching his young protege in the EFF, Julius Malema, that it is better to stand with dictators than with the oppressed.

In case you ever doubted your judgement about Mugabe, check out his praise-singers. Russian president Vladimir Putin hailed Mugabe's "building of Zimbabwean state institutions". Nyet, Comrade Putin. He destroyed them.

Infrastructure? Ha ha ha. Nothing works in Zimbabwe. Mugabe died in a hospital in Singapore. He wouldn't touch his own hospitals. What a hypocrite.

Malema, alleged fighter for working-class people, was also quick off the blocks with praise. He tweeted: "I'm saddened by the passing of our martyr & giant of the African Revolution cde President Robert Mugabe. Let's. protect his legacy. We must not allow our enemies to tell us how to remember him; we know our heroes."

Protect his legacy? The EFF must be deaf, blind and have a huge hole where its heart should be. Mugabe's legacy are the millions who work in SA after fleeing his ruinous rule. After Mugabe's 37 years in power, they have nothing to show but exile, poverty, corruption and hunger.

This continent should take a lesson from the passing of this brutal old dictator. Mugabe has taught us that insulting the West while thieving from your own doesn't make you a hero. Real leaders empower and enrich their people.

Instead, the looters give the minister of police and the government an ultimatum: "Give in to our demands within 24-hours or more mayhem will follow."
Opinion
2 years ago
Next Article