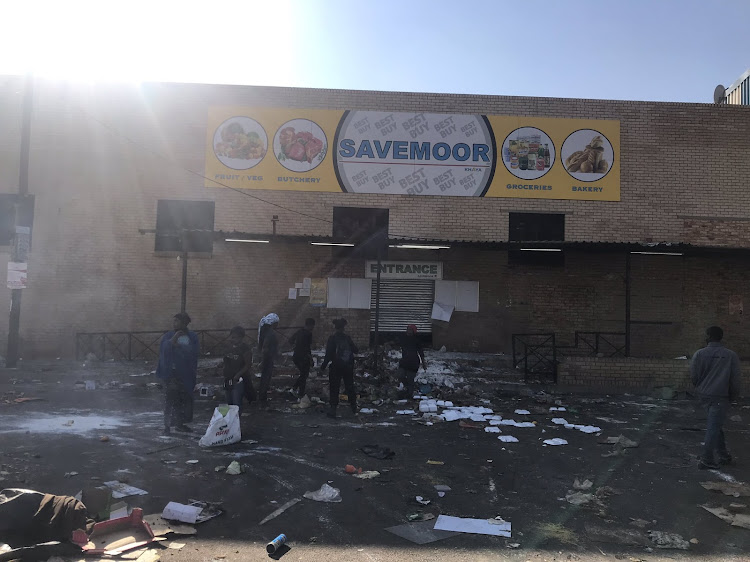 There is burning and looting in Tembisa, riots in the Johannesburg Central Business District, mayhem in Turffontein and the capital city, Pretoria.

“Violence Around Gauteng”, reads a headline on the TV screen as I write this column. But it is not just Gauteng.

Two trucks were set alight in Montclair, south of Durban, in what appears to have been the continuation of the violence that saw trucks in Kokstad and Ashburton, in southern KZN and the KZN Midland respectively, being burned down.

In the Western Cape, there are reports of several highways, including the busy N2 and N7 being blockaded by truck drivers. What is common about these riots besides the violence and general lawlessness?

SA is broke thanks to thieving by ANC cadres in government

Taxi drivers and residents in the Pretoria city centre have resorted to violence in the name of ridding the area of illicit drugs which, they say, are sold by foreigners who are in cahoots with corrupt police officials.

Xenophobia? Definitely. But that is not the entire story. Business Times columnist and businessman Andile Khumalo this weekend wrote about a disturbing phenomenon that has become prevalent especially around Durban and other areas of KwaZulu-Natal. This is the phenomenon of the so-called Local Business Forums, sometimes also known as Amadelangokubona.

These are usually made up of small, struggling and black business people seeking a cut in major contracts given to big, and often white, construction and engineering companies by government departments, municipalities and parastatals. As their Zulu name suggests, they are daring - willing to employ whatever tactic to force their way into contracts they claim they are “unfairly” excluded from.

Many a major project has been stalled for months due to Amadelangokubona threatening the safety of the contractor’s employees and equipment unless they are “sub-contracted” to provide “security” and “labour.

At the heart of all this mayhem, whether targeted at foreign national or large and mainly white contractors, is what Khumalo describes as “the daily lived experience of most South Africans of being excluded from meaningful economic opportunity”.

Several foreign owned shops have been looted in Tembisa over night.
News
2 years ago

Violence is getting out of hand in SA

After the alleged murder of a taxi driver in Pretoria on Tuesday, the colleagues of the deceased took to the street to avenge his killing. This is ...
Opinion
2 years ago

This is not to justify looting, extortion, vigilantism or any other form of criminal conduct. But the fact is, unless the country’s economy is transformed in such a way that it provides ample business and employment opportunities to the majority of its citizens, chaos will continue to reign.

Economic exclusion is a major threat to the country’s long-term stability. In fact, much of the crisis we are currently witnessing on the political front can be traced back to a scramble for scarce economic resources and opportunities among the business elite.

We can explain away President Cyril Ramaphosa’s current problems on the grounds that there is a “fight-back” campaign by Guptarites and other supporters of former president Jacob Zuma.

What is common about these riots besides the violence and general lawlessness?

However, the problem is much deeper than that. Indeed, Ramaphosa and his CR17 campaign team may have broken no law when they solicited donations for their cause in the run-up to the 2017 ANC national conference. But what the revelations have done is to confirm the deep-seated fears that some in the black business elite were expressing - as Ramaphosa was still campaigning for office - that the ANC would be replacing a president “captured” by the Guptas with one who is beholden to big and white companies.

In both scenarios they lose. Now if our economy was open and inclusive enough, business elites would not be feeling that they need to “control” those in public for them to build viable businesses.

And the struggling black entrepreneurs and the poor would not be scape-goating foreigners.