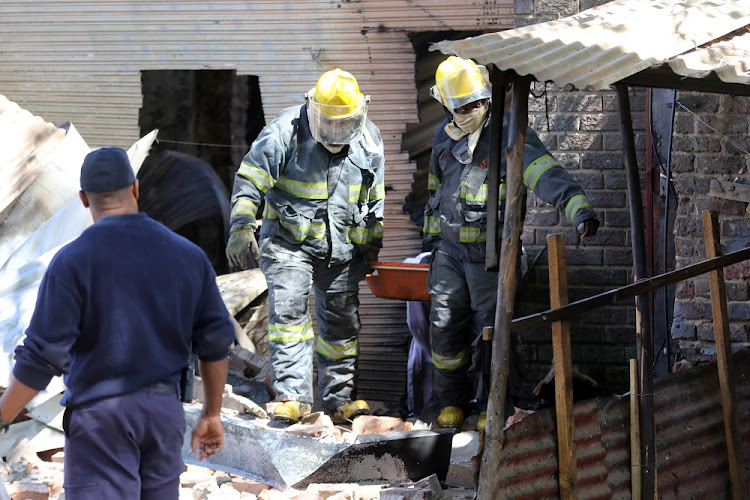 Three people have died after a building burnt down and collapsed in Kaal Street Jeppestown, Johannesburg.

Police spokesperson Cpt Mavela Masondo said the fire at an  old, hijacked building was reported in the early hours of Sunday. “ One female and two males were confirmed dead at the scene. Two [of the victims were] burnt beyond recognition inside the building and one male died after the wall collapsed on him,” said Masondo.

“Electrical cables seem to have [boosted] the fire as it spread [quickly] across the ground floor of the  building alleged to have been an old warehouse  with more than 40 rooms that had been [created] by residents inside the building."

Mavela said only one body of a female had been positively identified to have been of Zama Nxumalo who had been visiting her boyfriend in one of the rooms. 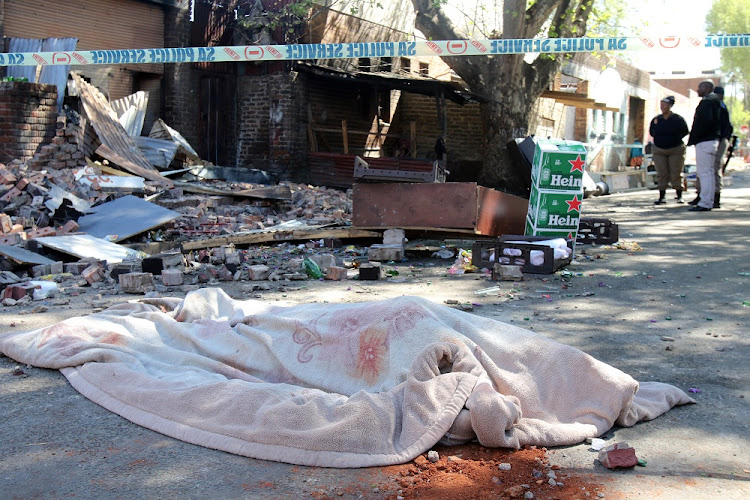 “Four people have been arrested for public violence and an inquest case has also been opened at this point.”

When Sowetan visited the area residents were burning cars and committing other acts of violence anf vandalism near the burnt building.

A resident of the burnt building confirmed to Sowetan that they looted the shops after losing everything in the fire.

“We needed food and whatever we can find to start all over again after we have lost everything,” said the man who did not want to ne named.

Axe attack victim: 'I'm happy that I finally put him behind bars'

Daughter saves her mom from stepdad
News
2 years ago

The assault with intent to cause grievous bodily harm case against a nursery school teacher in Carletonville has been postponed to next month for ...
News
2 years ago
Next Article