Action must be taken on Gaddafi loot 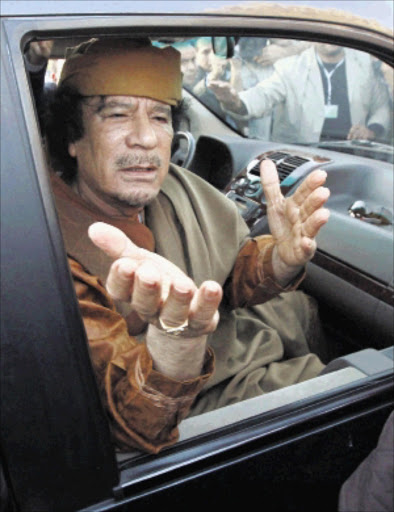 The late Muammar Gaddafi gestures from a car in the compound of Bab Al Azizia in Tripoli.
Image: REUTERS

As a country, we have become so accustomed to screaming headlines revealing yet another episode of wide-scale corruption, especially in the government, that we have perhaps become numb.

It would be tragic if that would be the case because it would mean we have surrendered to those who use access to political power to illegally enrich themselves at the expense of the majority of South Africans.

Revelations in yesterday's Sunday Times that former president Jacob Zuma may have secretly transported $30m in cash into the country on behalf of the late Libyan leader Muammar Gaddafi, kept it in a bunker at his Nkandla homestead for years before shipping it out to Eswatini recently without the knowledge and permission from local authorities, are of great concern.

If true - and there has been no denial of the story by the government, Eswatini or by Zuma himself - it would mean several laws relating to the movement and storage of foreign currency would have been contravened.

It would also mean that SA, or at least its former head of state, may have violated international sanctions that were imposed on the erstwhile Libyan government.

The allegations are too serious and, if true, would have far-reaching consequences for the issue to be resolved behind closed doors by President Cyril Ramaphosa and King Mswati.

The SA Reserve Bank, as the custodian of the foreign exchange regime in the country, should urgently launch an investigation into the matter. So too should the police and the National Prosecutions Authority.

Whenever allegations of Zuma's wrongdoing are revealed, his supporters dismiss them as part of a plot by the current ANC leadership and the government to discredit and destroy the former president.

In this case, what is being alleged is too serious to be dismissed as part of some conspiracy. Zuma needs to state his side of the story.

If indeed he is being unfairly implicated in something he has nothing to do with, he should welcome an investigation by relevant authorities as it would clear his name.

But simply ignoring the story is not an option, neither for him nor the authorities.