Innocent until proven guilty now a tired excuse for the corrupt 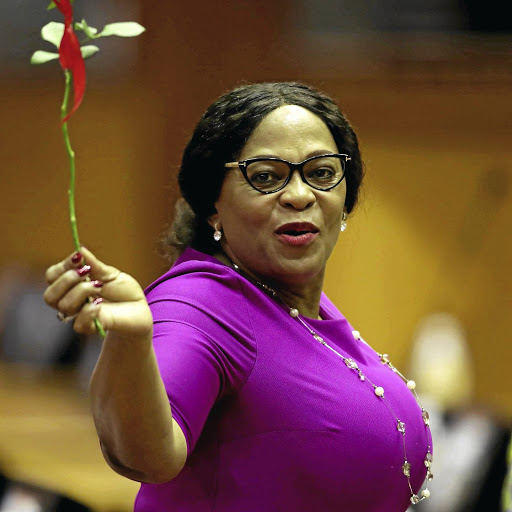 Environmental affairs minister Nomvula Mokonyane is one of the candidates on the ANC's party list who has been implicated in the Zondo commission inquiry into state capture.
Image: Esa Alexander

The national executive committee of the ANC will submit the party's candidate list to its integrity commission.

The integrity commission is tasked with investigating members who bring the organisation into disrepute on account of unethical conduct and corruption.

Submission of the lists for scrutiny is a tacit admission that there is something to the widespread criticism that the lists contain individuals who compromise the ANC's image as a party undergoing reform.

It is of interest that the NEC chose not to single out those particular candidates who have been named at the state capture commission, including ministers Nomvula Mokonyane and Gwede Mantashe.

Even names like those of former home affairs minister Malusi Gigaba and minister of women Bathabile Dlamini, who have come under fire for court findings against them owing to their conduct, also escaped specific mention.

This decision, therefore, serves several purposes in the ANC's bid to save face amid the deluge of reputational damage it is facing so close to the elections.

Given the ongoing divisions in the party, the current efforts at cleaning up the state have been characterised as an attempt to purge the party of those who lined up behind former president Jacob Zuma.

Generalising the investigation of candidates to the list in its entirety allows the party to avoid fanning the flames of factional battles, which could detract from its electioneering.

The party also needs to show itself to be balanced in the way it addresses allegations that secretary-general (SG) Ace Magashule may have tampered with the lists.

Magashule has been at pains to defend the party's list process, arguing that even those candidates who are facing allegations of corruption are fit to be on the list given that they have not been prosecuted.

More details about the alleged corrupt relationship between Bosasa and environmental affairs minister Nomvula Mokonyane have emerged at the ...
News
3 years ago

Notwithstanding the party's outrage over the recently published Pieter-Louis Myburgh book Gangster State: Unravelling Ace Magashule's Web of Capture, Magashule has been a reputational hazard for the ANC since his election as SG given the notoriety he gained in the public domain during his tenure as Free State premier linked to the Guptas, and allegations of dispensing of patronage and looting.

An investigation of the candidate lists provides the ANC the platform to argue that it is not treating Magashule with kid gloves.

Veterans of the ANC who were vocal about the need for the governing party to self-correct in the lead-up to the 54th elective conference at Nasrec have spearheaded a public campaign for the party to reconsider placing as candidates individuals facing allegations of corruption and impropriety.

In a recent interview on Talk Radio 702, party stalwart Mavuso Msimang indicated that veterans want a guarantee that those unsavoury characters will be removed or at the least will not be appointed ministers.

Glaringly, he conceded that unless the veterans get an assurance over this issue, he could not vote for the ANC nor expect the public to support the party.

A common refrain from President Cyril Ramaphosa in justifying the inclusion of tainted individuals has been consistently that it is the branches of the ANC that decide on the party lists.

Making it on the list therefore means an individual is popular and commands a significant constituency within the party.

It would therefore appear that the challenge in the ANC is convincing its own members of the need to raise the ethical and moral bar for eligibility for public office.

Ultimately, it is voters the ANC has to convince about its commitment to reform.

Given that the ANC styles itself as the leader of society, it would need to take the lead in raising the bar far higher than resorting to the argument of natural justice - innocent until proven guilty.