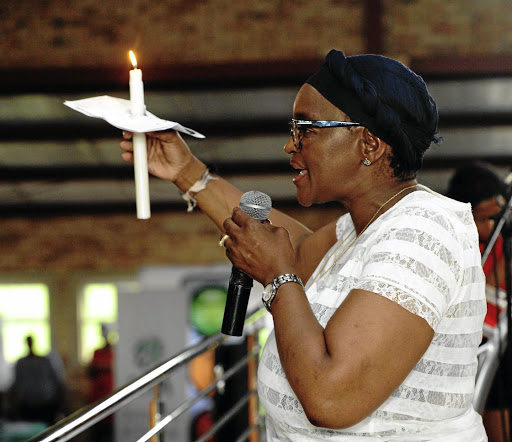 Minister in the presidency for women Bathabile Dlamini is being retained in the cabinet for strategic political reasons, which is a wrong decision according to the writer.
Image: Siyabulela Duda

President Cyril Ramaphosa continues to betray women. Ramaphosa could care less how women feel about the women's ministry being led by a minister with a reputation of telling lies under oath and staunch devotion to advancing patriarchy.

Lest we forget that women minister Bathabile Dlamini was recently labelled by the Constitutional Court as incompetent for her role in the Sassa saga.

The court found that she was "reckless and grossly negligent" but even after such damning findings against her, she remains in cabinet. This tells us that Dlamini is not the only problem, but the president too is a problem.

Ramaphosa's failure to put SA first should move us to anger; he is no better than former president Jacob Zuma.

He chooses to rather avoid provoking his enemies, according to the Sunday Times.

He is alleged to have "told a meeting of his core advisers, including senior ANC leaders and his advisers outside party structures, that he did not want to be seen as purging Dlamini".

The president is playing politics, at the expense of ensuring that the women's ministry is well-administered.

We ought to keep in mind that by the time Ramaphosa shifted Dlamini to the women's ministry from social development ministry, she was already tainted.

She was marred in controversy over her role in the Sassa (SA Social Security Agency) debacle, but Ramaphosa gave no reason for retaining Dlamini then and shifted her to another portfolio. The shift was seen as strategic because in a less strategic portfolio, any possible damage caused by Dlamini would be far more acceptable.

However, his decision to move her to the women's ministry was indicative of his disdain for issues that concern women.

While I was disappointed that Ramaphosa failed to remove Dlamini from his cabinet, I found it appalling that the president decided to challenge the DA's court action to have her removed.

Ramaphosa claims his decision to file a notice to oppose the DA's court bid to have Dlamini axed is one of principle. He wants to assert that hiring and firing of ministers remains vested in the president. However, this is unlikely the reason for saving Dlamini.

While he has the absolute power, bestowed on him by the constitution, his appointments have to be rational and he or she must appoint people who are competent.

Besides, his predecessor Zuma argued in a previous matter - state capture - that the public protector had overstepped the mark in terms of the constitution.

He argued that the constitution gave the president authority over composing a judicial commission of inquiry, however, the North Gauteng High Court disagreed and said these powers were finite.

The DA is reported to have "referred to the high court's finding in 2017, in relation to Zuma's firing of Pravin Gordhan as finance minister, that constitutional decisions must be rational, including the appointment of ministers". But our president seems to have ignored this, which makes him no different from his predecessor who spent millions in court over stillborn matters.

President Cyril Ramaphosa announced his new cabinet on Thursday and the fact that Bathabile Dlamini remains a minister did not sit well with social ...
News
3 years ago

President Cyril Ramaphosa made minor changes in his cabinet shifting ministers around and promoting Stella Ndabeni-Abrahams. Ramaphosa merged the ...
News
3 years ago
Next Article