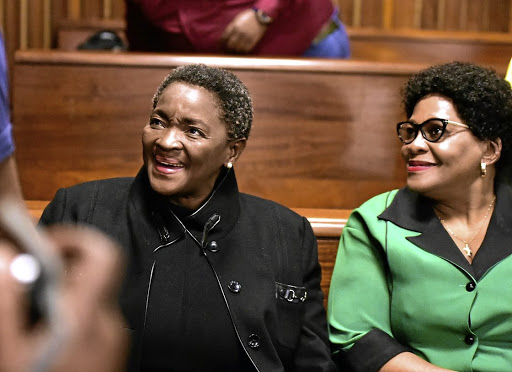 When it was made known that President Cyril Ramaphosa would announce a cabinet reshuffle, the public became expectant.

That two vacancies had arisen in the executive was well known, but it is not these vacancies that aroused public anxiety.

The public had two expectations: that Ramaphosa would remove rotten apples and rid his cabinet of ministers who collect fat salaries while doing nothing.

The most stinking of the rotten apples include Bathabile Dlamini and Nomvula Mokonyane. The former mismanaged social grants and lied under oath. The latter bankrupted the department of water affairs and did nothing to help the SABC get out of its current financial problems

Sitting side by side with these rotten apples are ministers who are driven to the office every day either to polish their nails or to read magazines.

President Cyril Ramaphosa trod carefully yesterday when he announced limited changes to his cabinet that avoided acting against a number of ...
News
3 years ago

What do you think Ebrahim Patel does in his office? And Nkosazana Dlamini-Zuma?

Does anyone know what this dinosaur does, other than serve as an ineffective glue in the post-Nasrec cracks?

The public expected too much. Ramaphosa's cabinet is not there in the interest of our country. It is there to hold a rickety ANC together.

Unfortunately, Ramaphosa needs the ANC's broken vehicle to carry him across the 2019 election bridge. Had he kicked the rotten apples and slothful dinosaurs out of his cabinet, they would gang up in Luthuli House to get rid of him. And he knows it.

To placate the public, Ramaphosa merged two communication ministries into one, appointing a young woman as a way of silencing critics. This move was broadly welcomed, even as people forget that the two departments were split unnecessarily under Jacob Zuma's administration.

There are people who think Ramaphosa must be given a chance, suggesting that he will have wider space to manoeuvre after the elections next year.

President Cyril Ramaphosa made minor changes in his cabinet shifting ministers around and promoting Stella Ndabeni-Abrahams. Ramaphosa merged the ...
News
3 years ago

What they do not realise is that nothing ground-breaking will come from Ramaphosa, even if he were to be returned to office with a two-thirds majority.

Other than basics, such as not obstructing the work of the criminal justice system, Ramaphosa will not change our country's structural problems. What will he do to improve the quality of education in black township and rural schools?

You can make as much noise as you like about attracting $1bn into SA, but a broken public education system will keep on pumping out a mass of worthless humans to swell the wretched of the earth.

Meanwhile, Eskom is busy telling us to get used to living in darkness until March next year. What kind of investor does not require electricity?

Last week, employees of the Health Professions Council of SA, led by Nehawu, went on strike. This was a protest against the introduction of an automated filing system. What will Ramaphosa do to prevent technology from taking jobs from humans?

So desperate has SA become that the face of a young woman is enough to make us believe that sheer youthfulness can perform technical magic. No one asks: what has she studied? Or, what does she know?

Technology can take jobs from SABC employees while a young minister runs energetically and confusedly from one meeting to another, resplendent in a trendy dress.

Ramaphosa is a likable fellow. People pin their hopes on him, forgetting that he operates within an ageing and rotten organisation. Is there any talent left in the ANC?

If you remove Ramaphosa from the party, what remains is a collection of thugs and thieves who cannot wait for him to disappear - think DD Mabuza, Ace Magashule and others.

Even among the ANC's young leaders, it is hard to see the future. Who wants to have Oros as SA's president?

Hope can be suicidal. It promises a better future even to people teetering on the brink of a cliff. We must wish those who live happily in Ramaphosa's bubble well. But they must not say we did not warn them when the bubble finally bursts.