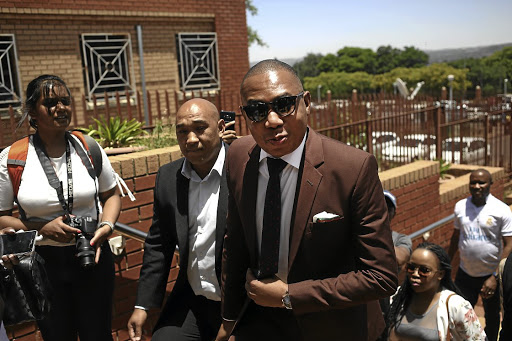 Parliamentarian Mduduzi Manana has had assault charges against him dropped by the NPA.
Image: ALON SKUY

Manana, who faced charges of common assault for allegedly pushing his then domestic worker Christine Wiro down the stairs, will not appear before court after the NPA decided not to charge him as it felt the case was not winnable.

NPA spokeswoman in Gauteng Phindi Mjonondwane said there were no prospects for a successful prosecution hence it had decided not to prosecute.

An audio of Manana allegedly making all kinds of offers to Wiro to drop the assault charges she laid against him went public just days after the alleged incident.

In a brief recording, an offer of R100 000 was allegedly made to Wiro and her son Adonia Langa, also known as Mpho, for the charges to be withdrawn.

"It's disappointing but not surprising and it affirms why we need different ways of addressing gender-based violence, not just turning to the courts which let down women so many times."

She said the fact that Manana remained a member of parliament despite having been found guilty of assaulting three women last year was problematic in the first place.

"We cannot ignore that we have not seen the kind of remorse that signals that this is a person who has thought deeply and is changing their ways," Moeti said.

Themba Masango from the #NotInMyName organisation, which had picketed outside court during Manana's appearances last year, said only a court of law would have adequately cleared Manana as he had also laid a case of extortion against Wiro.

"We believe that it was only going to be in the court of law where we were going to find the truth, so it's unfortunate that the NPA feel that there was no need to prosecute," Masango said.

Gender activist Mbuyiselo Botha said the NPA decision was sending a wrong message to the public at large.

"This decision has potential to send a message that says: 'when you're powerful you get given preferential treatment'. It would have been better if this matter was ventilated in an open court," Botha said.

Wiro and Manana had not responded to requests for comment by the time of print.