Can SA afford to trust whites with leading transformation agenda? 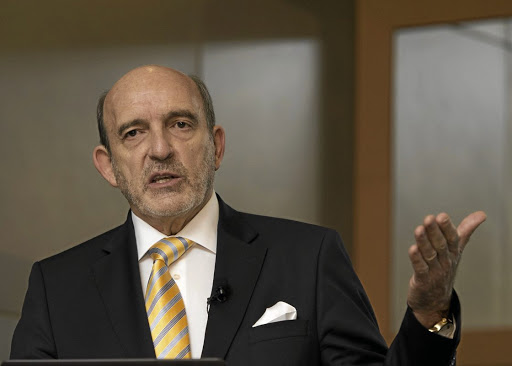 Thank you for your resignation as CEO of Imperial Holdings Limited, nonexecutive member of Eskom board and nonexecutive director at Business Leadership SA pursuant to recent scandals.

All progressive South Africans have accepted and welcomed your departure from these positions.

The manner in which you treated Alida Chowan as a woman and as a black employee, is in fact an example of what power, privilege, patriarchy, gender discrimination and class is all about in SA, 24 years into our democratic dispensation.

(Chowan, a black female, was allegedly promised the position of group chief financial officer (CFO) by Lamberti at Imperial's subsidiary AMH, but she was not given the job and a white male, Ockert Janse van Rensburg, was appointed instead. She was fired in September 2015 over allegations of misconduct.)

Trust me, your disrespect, disdain, insult, disgust and indignity towards Chowan was not only directed at her but at all black men and women in this country who have been fighting for years for their human rights - equal pay and equal treatment in the workplace.

The Employment Equity Act, Affirmative Action and the Labour Relations Act seek to redress the inequalities of the apartheid system that dehumanised and disenfranchised black people that the world had no choice but to declare it a crime against humanity.

COMMENTARY: 'Help me save my business' - Bus owner

An operator in the long distance bus industry‚ Tumisang Kgaboesele‚ has written an open letter to President Cyril Ramaphosa‚ outlining the challenges ...
News
4 years ago

It is sad, therefore, that someone in your position Mr Lamberti - who is expected to lead the transformation agenda in the workplace - sneers at employment equity, when you know very well the hurt, the pain and the indignities brought about by the discriminatory system of apartheid to all black people in our country.

This makes me wonder if we can ever entrust a white man with leading the transformation agenda when clearly he has vested interests in ensuring the status quo remains, which is what this incident with Ms Chowan has shown.

I begin to ask myself: why do you find anything wrong with interventions such as the Employment Equity Act and other related laws whose sole purpose is to create a just society which will bring back black people's dignity and restore their self-worth?

I should remind you Mr Lamberti that these corrective measures did not come on a silver platter, people paid the ultimate price for the freedom that we are enjoying today, including you. There is something fundamentally wrong in that you fail to appreciate the need to correct the injustices that black people were subjected to for well over 300 years in our country.

Yours is the same entitlement mentality that is afflicting the majority of our white compatriots. You think that you can get away with anything and everything, and that concerns me deeply.

To paraphrase the Freedom Charter, South Africa belongs to all those who live in it Mr Lamberti, and you are an embodiment of what toxic masculinity is all about.

What makes me sad is that all of this is happening more than two decades into our democracy, a time in which we are expected to consolidate our gains.

I am saddened by the fact that you have not had the moral courage to engage with Ms Chowan and ask for an apology for what you did to her, notwithstanding the fact that a properly constituted court of law did find you to have treated her with disrespect.

Finally Mr Lamberti, I urge you and other heavy, white corporate executives to embrace transformation efforts because, in doing so, you will be able to use the opportunity for some deep introspection about what leadership role you can play in changing the lives of millions of South Africans, especially black women who are still underpaid.

Botha is a gender activist. He is now a regular columnist.