COMMENTARY: 'Help me save my business' - Bus owner 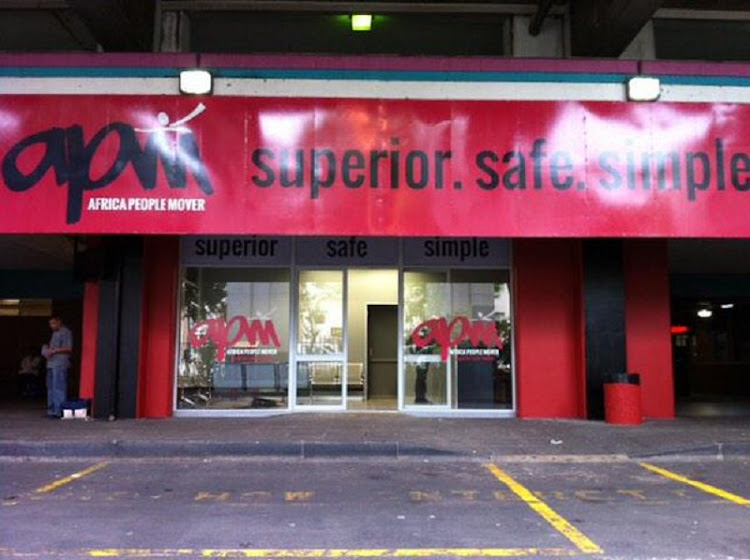 An operator in the long distance bus industry‚ Tumisang Kgaboesele‚ has written an open letter to President Cyril Ramaphosa‚ outlining the challenges affecting his business and calling for urgent intervention to end the ongoing strike by drivers. See it in full here:

I have out of desperation‚ decided to write this open letter to you‚ regarding the effects of current crisis in the bus industry on an emerging black operator.

Getting straight to the point‚ I am disappointed at the lack of a far more direct intervention by the Presidency in dealing with the ongoing bus drivers’ strike‚ now entering week 4 (four).

Its effects are dire‚ obviously more devastating to low income earners who rely on this mode of transport to get to work cheaply and in our case‚ who travel long distances from rural areas in driven by economic‚ cultural and social circumstances to be in Gauteng and or to be with their families.

Unpaid work time, long hours, no time with his family.
News
4 years ago

At the same time emerging bus operators like Africa People Mover (APM)‚ who are not only employing 220 people‚ but also provide safe and decent travel to our people‚ are losing critical revenues to sustain our business‚ with a real possibility that we will have to retrench some workers when we resume operations. The effect of the shutdown on small businesses that provide services to APM is more devastating! Imagine the wider impact . . .

It would be amiss of me to forgo an opportunity to provide the Presidency‚ firstly with the challenges faced by a small black operator within our industry. The odds of success are non-existent – in that‚ the industry is structured in manner that ensures high failure rates for new operators. Let’s start from funding – there is no incubatory funding in the industry and consequently established/commercial institutions offer preferential terms to existing and larger organisations (previously advantaged)‚ for example a new entrant has to put up a deposit of up to thirty percent (30%) for the purchase of a single unit/coach‚ whereas the larger dominant organisation can purchase the same unit/coach without outlaying a deposit.

To provide further context the cost of such asset is approximately five million rands (R5m) and therefore – the depository outlay becomes a high entry barrier. Secondly - the industry is also characterised by a few dominant original equipment manufacturers (OEM’s) – therefore as a small black operator you have limited buying power. These OEM’s also offer preferential procurement terms to the larger dominant organisations (previously advantaged)‚ for example the larger dominant organisation can take delivery of between six and fifteen new units/coaches (fifteen coaches is basically the entire fleet of a small operator) without outlaying a single cent and have economic use of the same asset for a period of up to ten (10) months.

I have mentioned above‚ two of the most significant challenges we face as a small black operator which guarantees our failure before trading commences – yet we persevere! The preferential advantages that the larger dominant organisation enjoys through this structured beneficiation is compounded at every turn and simultaneously starts to create that impenetrable cartel that defeats all and any of the efforts of transformation. In this instance – my question to the Presidency is where is the support? Our fellow black colleagues who are the gatekeepers for administering transformation through the various government departments have continuously uttered the words “you are not industrialists…”

Bus strike to drag on as latest talks fail

Bus strike‚ which has left thousands of people having to find alternate transport for the past four weeks‚ will continue.
News
4 years ago

We have knocked on many a doors and the response has been resoundingly the same… “APM - you are not industrialists...” One wonders Mr President – what it takes to be considered an industrialist in our beloved country.

I have laboured the point and will move on to the peculiar arrangement at the South African Road Passenger Bargaining Council (SARPBAC) which leads us to the National Bus strike.

Firstly‚ some context. SARPBAC creates a platform for all those who partake in land transportation to engage on substantive issues. The challenge that this poses immediately is that land transportation is not homogenous‚ for example the intercity passenger services operating environment is not similar to the commuter services operating environment. Moreover‚ the size of the commuter services is significantly larger than that of intercity services. The number of intercity coaches currently operating in the market is approximately one thousand (1‚000) and the number of commuter buses currently operating in the market is in excess of twenty thousand (20‚000).

In a majoritarian set up‚ which SARPBAC is – this clearly illustrates that the small black operator has no voice in this conversation.

In actual fact‚ this current national strike has nothing to do with APM – however‚ as a small black operator we are caught up‚ as our staff - more specifically our coach drivers - have been intimidated and our assets vandalised because of our size.

We stopped operations because we do not have the support nor the reserves to provide security escorts for all our services and or replace damaged windows on a daily basis.

Again – Mr President‚ the State has failed to provide us support in that we would like to operate as this will ensure our very survival but because there is no will to ensure the survival of the small black operator we will suffer!

At the rate things are going‚ we might even have to shut down our operations entirely. On the other hand‚ we have seen a full inter-ministerial team being assembled and launched to deal with one man‚ a rogue Premier of the North West. Without underestimating the seriousness and effects of governance collapse in this province‚ one would have expected a similar reaction to the nationwide bus strike due to its devastating impact on the economy.

Commuters had to grit their teeth to navigate long‚ frustrating queues to board taxis‚ trains and share lifts.
News
4 years ago

The bottom line is that the industry is in crisis and urgent intervention by the Presidency is long overdue. If ever one needed an example about what businesses confidence meant‚ this is it. Am I confident enough to risk my capital in future and in the ability of our government to enable a conducive environment for businesses to thrive . . . ? My simple answer is no.

Those with intimate knowledge of the long-distance bus operations will tell you that collapse of APM‚ which is the only significant black player in the sector‚ will put paid to any hopes of transformation in this sector. Due to the practical experience and capital investment required‚ the prospects of someone starting another APM are simply bleak‚ if non-existent. It is no coincidence that those who collectively command over 80% of the market share in our industry‚ are intergenerational businesses . . . reason for their success.

I sincerely hope that you revert with a pragmatic response to my plea‚ beyond a re-articulation of state policy towards the development of black and small enterprises.