How a chance meeting with Bra Saul shaped my life 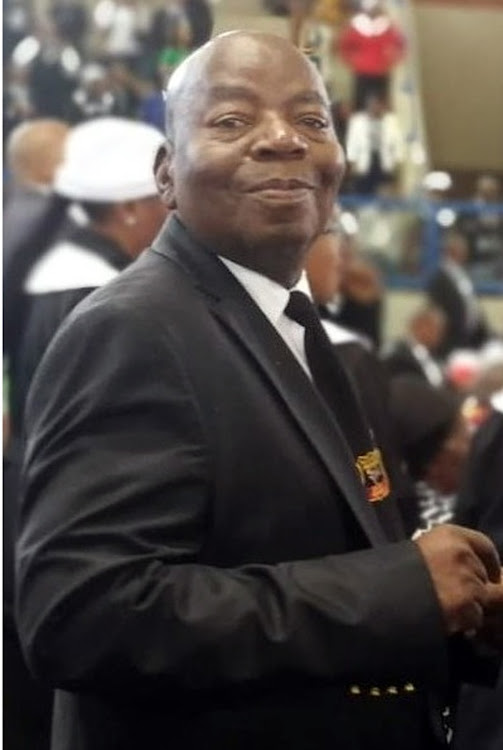 We first met at a Black People’s Convention (BPC) meeting outside Sibasa in the then Venda bantustan in the mid-70s. There weren’t too many people in the meeting, there never was those days, as security police always monitored such gatherings and visited some of those attending afterwards.

We just greeted and shook hands, no introductions. None was asked for and none proffered. At such meetings you took whatever information was given and did not ask for more. If the person thought you should get more they would give it without prompting. When you asked for it, you raised questions of why.

The next time we saw each other was in then Pietersburg, now Polokwane. I asked him what he was doing. He said he worked in the building in front of us.

“I think today we should know each other. I am Mathatha Tsedu.”

“You are right. I am Saul Raphalalani and I work for the Lutheran Church on the second floor of the Mimosa building.”

This was 1977 and we have been friends, brothers and comrades since. Until Mutumbukavhathu, his only son, phoned me on Monday to tell me his father had died. I had seen him at a clinic in Polokwane last Friday and had been shocked. Bra Saul, as we all called him, was unrecognisable with a puffed up face due to the tight oxygen mask. When he breathed his whole body heaved and he hissed a sound that was discomforting.

He had been admitted there after being referred by the Military Sick Bay in Polokwane where as a military veteran, he is normally treated. It was there that he was taken last year after a serious stroke that eventually landed him at No 1 Military Hospital.

Since that call from Mutumbu, I have been going through our lives together: from the gathering on September 13 1977, as we discussed the implications of the breaking big story of the murder of our hero Steve Biko, to the link-ups with other activists in the region as we prepared transport to go to Ginsburg to bury Biko, to the bus ride that ended in Parys in the Free State with the police threatening to shoot the tyres of our bus.

In Venda, where we both came from, all our comrades had been detained by the bantustan security police and many families were destitute. Bra Saul organised with Makhuge Ratshitanga, who was in Johannesburg, for funds that were sourced from the South African Council of Churches. We travelled by train to Joburg and got the money, which we used to buy groceries. None of us had a car so we borrowed a car to deliver to various homes.

I have been remembering how when I was eventually fired by the post office from the telecommunication course, and going home would have meant going to jail. I had called him and he invited me to his new house in Seshego Zone 3. I was unemployed and had nothing. He fed, housed and kept me going. When I started in journalism, I was living with him. When I was banned, Bra Saul and his wife Ndanganeni made sure I was fed, because my family was far away.

In 1982, we were both detained due to us helping an Azanian People's Liberation Army (Apla) cadre on a military mission. I had asked him to go fetch the person in town and when the Apla network unravelled later, we were mentioned and detained. Bra Saul was horribly tortured in Krugersdorp and besides the electric shocks and the water boarding, he was also subjected to the helicopter treatment where they tie your hands and feet and then put a pole through them and swing you around as they beat you.

Bra Saul never complained that as black consciousness activists I had placed him in harm’s way for another organisation, for him the struggle was one and any activity that advanced the cause of freedom by whichever organisation deserved to be supported.

This empathy was not only political or for me, his duties at the Lutheran Church Northern Diocese was as director of the Lutheran Scholarship Fund. The fund sourced various German families who would be paired as adoptive parents and took responsibility for funding the education of their SA children.

Thousands of needy students were helped through this and Bra Saul would even create a community of the students by organising winter schools for them and then invite various experts, including political activists, to conscientise them.

Bra Saul was born on March 3 1949 at Tshakhuma to Vho-Munika (Monica) and Vho-Phillemon Raphalalani. He was the fifth of seven children and schooled at Tshakhuma Primary and Tshimbiluni Higher Primary schools before doing his high school education at Vendaland Institute. After matriculating, he taught at Lwenzhe High for two years, before joining the church in 1972. In the 41 years of service to the church, he served under seven bishops and rose to become the executive secretary of the diocese until he retired in 2013.

Dr Richard Maponya, 99, was the doyen of black business who established a reputation as a defiant entrepreneur who took on the might of apartheid ...
Opinion
2 years ago

Singer, anthropology lecturer deepened his civilisation by moving among black people, speaking their language
Opinion
2 years ago
Next Article