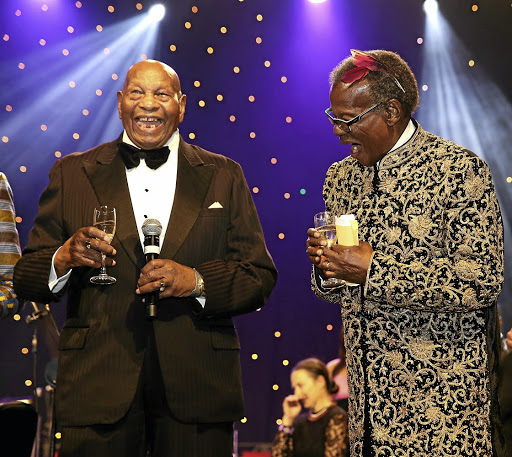 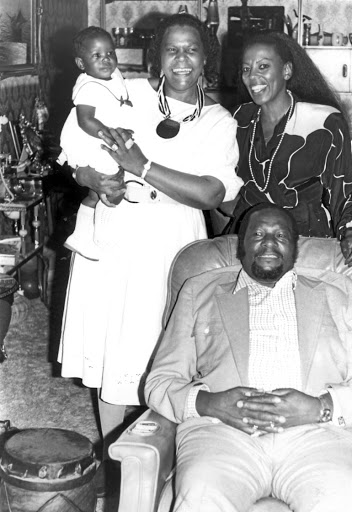 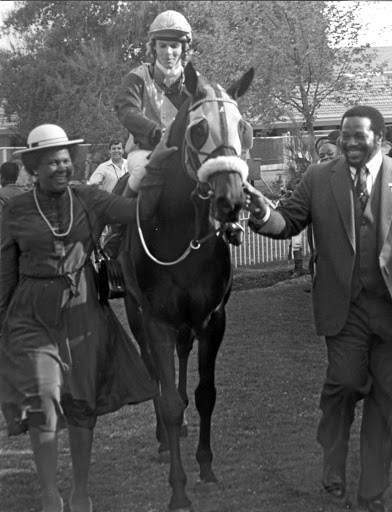 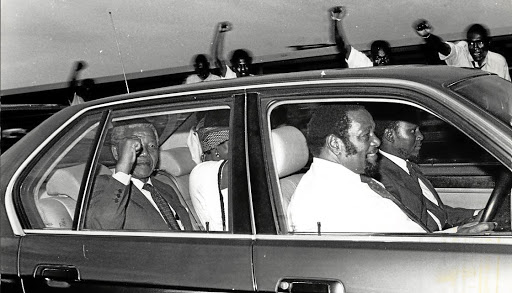 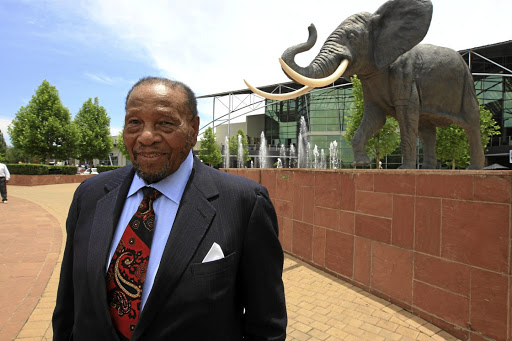 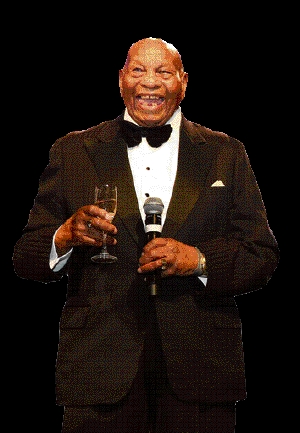 Funeral: On Tuesday at UJ Soweto Campus from 8am

Dr Richard Maponya, 99, was the doyen of black business who established a reputation as a defiant entrepreneur who took on the might of apartheid bureaucracy and won.

From humble beginnings as a milk merchant, he rose to lofty heights through sheer hard work and determination to become a retail king, banker, horse-racing mogul, property developer and respected business leader.

Born in 1920 in Lenyenye, outside Tzaneen in the then northern Transvaal to farmworkers, Maponya was raised on a farm in Spitzkop, near Boyne - the home of the Zion Christian Church.

His work ethic and entrepreneurial drive were evident from a young age when he started growing vegetables and selling the surplus to neighbours. Maponya's ambition was to become a school teacher as it was regarded as a prestigious and respected profession in those years in the African community. He was subsequently trained and received a teacher's diploma but as fate would have it, he never saw the inside of a classroom as a teacher.

A relative told him about a job opportunity at a clothing manufacturer in Johannesburg. He got the job and worked as a door-to-door salesperson. His warm, charming personality, smart dress sense and enthusiasm for his job earned him many clients. Within six months he was promoted as a supervisor and his distribution department flourished.

Maponya was personally involved in the selection of the styles and ranges of attire supplied to clothing stores. The job made him a clothing expert with a reputation for being one of the best dressers in town.

But after three-and-a-half years with the factory, Maponya quit as there were no prospects for growth and more responsibilities.

As a black person there were no opportunities for moving up the employment ladder. He had hit the proverbial glass ceiling and it was time to explore other job opportunities.

His plan was to open clothing stores in Soweto as he felt this was the business he understood well. But the apartheid authorities had other ideas for this black upstart who didn't know his place in the country's racial hierarchy.

They were too happy to deny him a trading licence while he was reminded that he was in the city to work in white industry, not to run his own businesses. But the snub only made him more determined to fulfill his ambitions.

He took his grievance to lawyers, in this case the legal firm of Nelson Mandela and Oliver Tambo. "Our argument was, in terms of your own laws you say we must trade among our own people. In Soweto there are only black people, and I want to do business among my people. Therefore I should be given the right to do so," he later recalled how his presentation was framed. It was a long and bitter legal battle but eventually the apartheid state conceded that he had a point.

He was still denied a licence to operate a clothing emporium but he was granted one to trade in what the authorities referred to as "daily necessities". That meant a grocery store or any food merchandise like a butchery or dairy.

He felt that the latter would be a perfect enterprise to launch a retail empire. In his early life as a farm boy, milk was a familiar product that he had worked with and therefore he was confident that he could handle it well. In the 1950s, he was the first and only milk supplier in Soweto.

Late legendary entrepreneur Richard Maponya was the opposite of the infamous Gupta family. Popular poet and musician Mzwakhe Mbuli caught ...
News
2 years ago

He started with five employees who transported the product on bicycles. It was hard work that required him to wake up at 4am every morning to wash the 1-litre bottles, fill them with milk from the 25-litre cans and load them on bicycles.

The cyclists would arrive at 5am to start their daily rounds in the township. Maponya's dairy business became a roaring success and at its peak, he was employing no less than 100 delivery men and proud to be playing his part in job creation for his community. But while the law forbade him from doing business in the city, the white business establishment could trade at will in black communities such as Soweto.

Soon white-owned dairy businesses entered and flooded the Soweto market. It was a sign that his monopoly days in the milk business were over. It was time to call it quits.

He was granted a licence to open a general dealership. This included a butchery, grocery store, fruit and vegetable shop as well as a restaurant. It could have been a perfect start but the terms and conditions of the government's licence were as ridiculous as the apartheid regulations.

"They listed the items I could sell and if I was found selling asparagus or tuna fish - which were classified as luxuries for European consumption - I would have lost my licence," he remembered.

"They used to raid us as if we were selling drugs and when they came into your shop they jumped the counters as if you had killed a person and had hidden him behind the counter. That's how rough they used to treat us. The laws were terrible."

The memorial service of the late Soweto business icon Richard Maponya will take place in Johannesburg tomorrow.
News
2 years ago

Those laws, he recalled, also forbade township merchants from selling meat on weekends. The absurdity of these regulations required one to have a steely determination, stubborn will and fighting spirit and Maponya had all these attributes in abundance.

He decided to rally fellow African businessmen to challenge the strangulating red tape and assault on black dignity. The result was the Johannesburg African Chamber of Commerce, established in 1955 with Maponya as its first chairman.

Nafcoc was launched as an independent and nonprofit support organisation for the black business community. Its main objective was to promote African entrepreneurship with the aim of encouraging black people to meaningfully participate in mainstream economic activities and decision making in key sectors of the economy such as mining, industry, agriculture, construction and transport.

A national organisation that existed for the purpose of fostering the spirit of unity, co-operation and self-help among black business people went against the apartheid ideology which dictated that black people should live as fragmented ethnic entities on the periphery of the mainstream economy in the so-called native reserves (homelands).

The Afrikaner establishment was not impressed. The ANC had been banned for four years, while Nelson Mandela and others were facing life imprisonment. But in the eyes of the authorities, Nafcoc was an economic wing of the ANC, a political headache that constantly challenged discriminatory laws that stifled black business initiatives and committed itself to the betterment of black lives.

The organisation's biggest achievement and lasting legacy is the African Bank, a landmark institution in the economic empowerment of the disenfranchised black majority. According to Dr Motsuenyane, the establishment of the bank started during Nafcoc's first conference in 1964 when R70 was put on the table. It's a trailblazing accomplishment considering that banking in the 1960s was a totally unfamiliar territory for African businessmen, most of who were still confined to the street corner general dealerships. Start-up capital from white business was out of question.

So, these pioneers decided on a crowd-funding campaign spearheaded by Maponya himself. It was hard and demanding work that involved door-to-door fundraising the length and breadth of the country. The target was R1m, which was a minimum amount stipulated by the law to establish a bank.

Their astounding dedication eventually bore fruit a decade later when the first branch of African Bank was launched in 1975 in GaRankuwa, north of Pretoria. It was undoubtedly a shining moment in the history of African business and Maponya's proudest moment at that stage.

Since the colour bar made it challenging for white banking experts to be involved, Maponya and his colleagues imported the required expertise from African-American bankers.

The death of the legendary Dr Richard Maponya has brought to sharp focus the high-level of entrepreneurship that used to exist in townships and ...
Opinion
2 years ago

In later years, the institution would attract a younger generation of some of the brightest leaders in the financial and corporate sector. Unfortunately, in the mid-90s African Bank ran into financial troubles due to undercapitalisation.

It took a government intervention as well as white financial muscle to rescue it, but at this time the bank's founding fathers like Maponya were no longer part of the operation.

During this decade and into the '80s, Nafcoc intensified the struggle for a place in the mainstream economy by challenging several laws and regulations intended to throttle black business enterprise. A 1979 act allowed African business people to trade in their own areas although in practice the restrictions persisted.

Despite these hurdles, by the mid-80s Nafcoc had established the Soweto-based Blackchain - the first shopping complex in a black neighbourhood and a model for future black-owned chain stores.

On the other hand, Maponya's businesses were growing into a formidable commercial empire with diverse operations that included filling stations, rent-a-car, funeral parlours, car dealerships, a JSE-listed bottling plant and a chain of discount supermarkets.

A social entrepreneur who put the needs of his community above profit motive, he sold his stock cheaper than the white-owned supermarkets, traded for longer hours and treated his customers with utmost respect and courtesy.

For years he had realised that the majority of horse punters were black people although none of them were allowed to own racehorses.

It was an exclusive world of the white elite but he was determined to join it against all odds. He wanted black punters to bet on black-owned horses and he was determined to make it a reality. After five frustrating years, he was granted a licence to own a stable of racehorses but was refused to use the black, yellow and green colours he chose on the grounds that they belonged to a banned organisation.

He was making a bold political statement and he was also not prepared to take "no" for an answer. The authorities eventually allowed him to use his chosen colours. It was a triumphant day when Another Colour, the first horse he bought, won a race.

In 1990, he didn't only witness Nelson Mandela's release and the unbanning of the ANC, but for a brief moment was happy to play chauffeur for his old friend and lawyer.

In 2007, Maponya capped his illustrious entrepreneurial accomplishments with the opening of Maponya Mall in Klipspruit, Soweto. It's a jewel in the crown of a powerful business enterprise.

He was married to the late Marina Nompinti Maponya (née Sondlo), a cousin of Mandela, an astute business personality in her own right and the power behind the throne. They were blessed with eight children. Their sixth child, Charlotte "Chichi" Maponya, is managing director of Maponya Group.

Her siblings also occupy various prominent positions within their father's business empire. A game changer, entrepreneurial giant and social activist, Richard Maponya never retired and in his last days he was planning a skills institute in partnership with the University of Johannesburg to train the youth in entrepreneurship.

What drove him? "I wanted to prove to the white man that a black person, given a chance, could also make the grade. And I proved it beyond doubt because here I am today, despite all the things that were legislated against us. I fought a battle that I actually won."