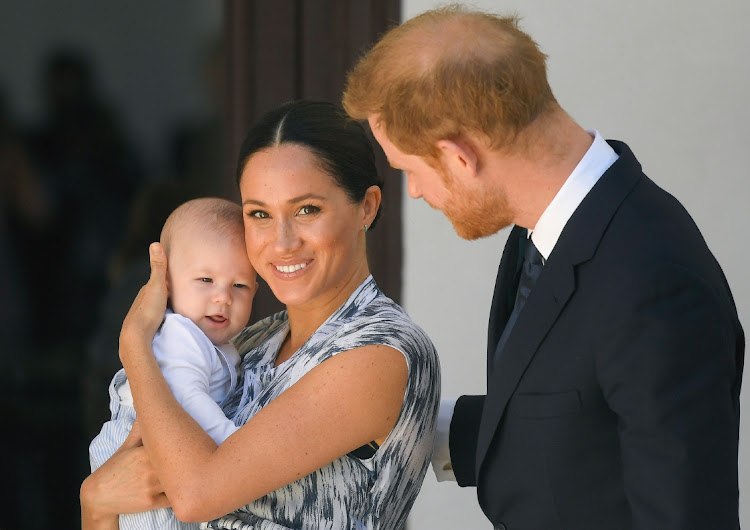 Meghan, the Duchess of Sussex, has revealed that she had a miscarriage in July, an extraordinarily personal disclosure coming from a high-profile British royal.

The wife of Prince Harry and former actress wrote about the experience in detail in an opinion article published in the New York Times on Wednesday, saying that it took place one morning when she was caring for Archie, the couple's son.

"I knew, as I clutched my firstborn child, that I was losing my second," Meghan wrote, describing how she felt a sharp cramp after picking up Archie from his crib, and dropped to the floor with him in her arms, humming a lullaby to keep them both calm.

Meghan described how she and her husband were both in tears as she lay in a hospital bed hours later.

"Losing a child means carrying an almost unbearable grief, experienced by many but talked about by few," she wrote.

"Yet despite the staggering commonality of this pain, the conversation remains taboo, riddled with (unwarranted) shame, and perpetuating a cycle of solitary mourning," she wrote.

Approximately one in five women may experience a miscarriage in the first 12 weeks of pregnancy, according to Britain's professional body for obstetricians and gynaecologists, which says the topic is under-researched and care for parents under-resourced.

Meghan and Harry have consistently used their profile to highlight mental health issues, and several British charities active in the fields of miscarriage research and support said her article would help people going through pain and grief.

"Mothers like Meghan sharing their stories is a vital step in breaking down that stigma and shame," said Sophie King, a midwife at Tommy's, which funds research and runs a helpline for expectant parents and those affected by loss.

"Her honesty and openness today send a powerful message to anyone who loses a baby: this may feel incredibly lonely, but you are not alone," said King.

The intimate details shared in Meghan's article are strikingly at odds with the usual policy of senior members of the British royal family, who reveal almost nothing about their personal lives.

Buckingham Palace said in a statement the disclosure was "a deeply personal matter which we would not comment on". Separately, a palace source said there was understandable sadness in the family.

Harry's grandmother, Queen Elizabeth, has never discussed her private life in any media article or interview in her 68-year reign.

However, there is intense global media interest in the younger senior royals, especially when it comes to family matters such as the birth of children.

Harry's older brother Prince William and his wife Kate appeared before TV camera crews and photographers outside the London hospital where Kate gave birth to her three children shortly after each birth, each time with their newborn baby.

Despite the media frenzy, William and Kate have revealed almost nothing of substance about their home life.

The only previous major break from royal reserve was a TV interview in 1995 by Harry's mother Princess Diana, in which she admitted to an affair, talked about her husband Prince Charles' affair and revealed intimate details such as her history of self-harm. That interview is still the subject of controversy today.

A source close to Harry said the prince had discussed the article with the royal family beforehand.

Miscarriage is rarely seen as something that befalls a couple. Due to our societal conditioning and the fact that it is the woman that actually ...
Good Life
1 year ago

The byline on the New York Times article was "Meghan, the Duchess of Sussex", and she was described as "a mother, feminist and advocate".

Meghan, who is American, wrote that 2020 had brought many people to breaking points, and called on people to put aside political differences and other divisions and show some care for each other.

"So this Thanksgiving, as we plan for a holiday unlike any before — many of us separated from our loved ones, alone, sick, scared, divided and perhaps struggling to find something, anything, to be grateful for — let us commit to asking others, 'Are you OK?'," she wrote.

Meghan and Harry married in May 2018 in a glittering ceremony televised around the world, but the period after their wedding was tumultuous, with the couple falling out with some British media and tensions between Harry and William exposed.

The Sussexes stepped back from royal duties and moved to the United States earlier this year to try and forge a new role for themselves outside the constraints of life in Britain's strictly codified royal bubble.

Among other innovations, they announced in September that they had signed an exclusive multi-year deal with Netflix Inc to produce a range of content.

Netflix is the streaming platform behind popular series "The Crown", which fictionalises the personal lives of the royal family. The current series examines the troubled marriage of Harry's parents, Diana and heir-to-the-throne Prince Charles.