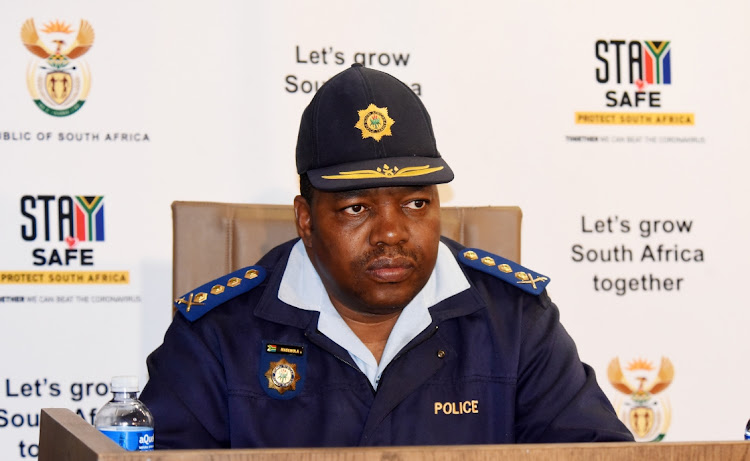 National police commissioner Gen Fannie Masemola says there will be tighter monitoring in areas identified as crime hotspots across the country.

Speaking at a media briefing at the SAPS Academy in Tshwane on Monday, Masemola said the SAPS is enhancing its policing methodologies to reduce serious crimes.

He said these hotspots would be targeted from Fridays to Mondays as most serious crimes happened during that period.

This is amid the surge in violent crimes throughout the country over the last few weeks, particularly the spate of mass shootings that have taken place in parts of Gauteng and KwaZulu-Natal.

He said in July alone, police had confiscated 1,173 illegal firearms across the country.

Masemola said of these, 1,035 were confiscated in Gauteng.

"About 7,738 live rounds of ammunition was confiscated and some of these were seized during road blocks, as well as stolen vehicles and drugs.

"This reflects our determination to intensify our efforts to deal with the proliferation of firearms to deal with serious crimes.

"The past weekend [was] marred by shootings in KZN with the emphasis of this crime pattern. Provincial resources mobilising efforts to prevent this and apprehend the criminals have been mobilised.

"Over 22,000 suspects were arrested across the country in July for crimes committed against society. 3,193 were arrested for assault, 576 for murder, 360 for attempted murder and 177 for sexual offences," Masemola said.

Cele said Otola’s appointment had taken long because according to the constitution the national commissioner and premier needed to agree on the appointment.

“If they don’t concur, [the matter] needs to come to me. We had a really bad time trying to resolve the matter,” he said.

Other appointments, which Masemola said spoke to the SAPS increasing its capacity in order to make more arrests, included the first female deputy national commissioner responsible for policing, Lt-Gen Tebello Mosikili, who assumed office a month ago.

Cele said SA citizens did not need to be told they are safe but “need to feel it”.

“The surge of shootings, and now in KZN where 12 people were killed in one police precinct. We’ve made it our responsibility to find those people.

“In Krugersdorp, we were lucky to meet the families. Those young kids you hear stories about, you can imagine what happened, but when you see those people, you see their young, talk to them and realise the destruction is not temporary. We’ve tried to push supporting mechanisms.”

On the tavern shootings, Masemola said they were not organised and the SAPS was investigating various motives behind these shootings.

“Extortion and collection of money still need to be investigated and confirmed, but there's no connection between taverns. It’s either drug related or extortion related.”