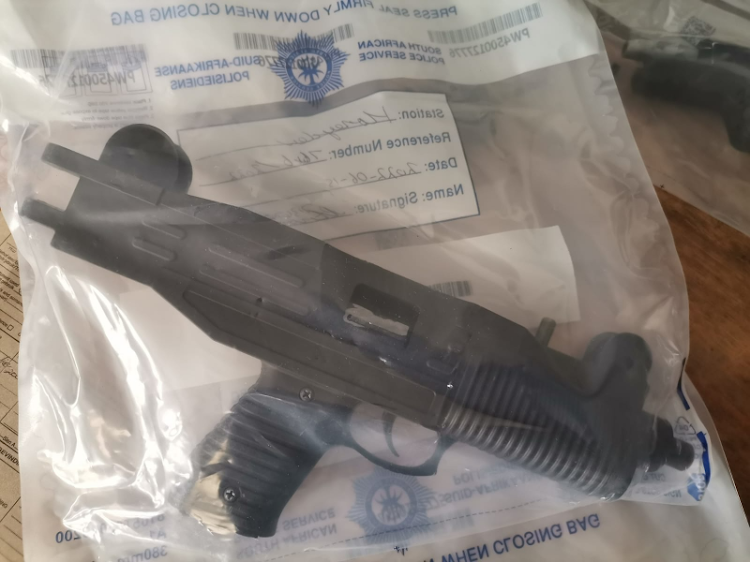 Operational deployments are being matched to crime trends analysis to curb the spate of violent attacks.
Image: Supplied

National police commissioner Gen Sehlahle Fannie Masemola says tighter enforcement of the Firearms Control Act, the national and provincial Liquor Acts, and the Second Hand Goods Act, as well as a strategic mounting of roadblocks, will lead to the reduction of serious crime in the country.

He was speaking on Monday to update the nation on measures to tackle criminality on the heels of a spate of recent mass killings, rapes and violent crime committed countrywide.

Masemola said police stations were bolstering their teams for the Friday to Monday shifts where there is the highest reportage of crimes.

“Station commanders are now expected to align their daily duties and reporting to the crime threat and pattern analysis of their local policing precinct,” he said.

As proof of their new intentions he announced that in July 1,173 illegal firearms and 7,738 rounds of live ammunition were confiscated countrywide. The majority, 1,035 of these, were confiscated in Gauteng.

“Some of these firearms, ammunition and dangerous weapons were seized during roadblocks, as well as in stolen vehicles and drug busts.

“This reflects our determination to intensify our efforts, dealing decisively with the proliferation of illegal firearms, thus reducing the volumes of serious and violent crimes.

“The past weekends have been marred by shooting incidents that have resulted in multiple murders and injuries in KwaZulu-Natal and Gauteng mostly. With the analysis of this emerging crime pattern, provincial commissioners are mobilising maximum resources towards preventing more such incidents and apprehending the perpetrators.”

Masemola said more than 22,320 suspects were arrested across the country in July. Breaking the crimes down, 3,193 were arrested for assault and GBH, 576 for murder, 360 for attempted murder, 432 for rape and 177 for sexual offences.

The national commissioner said the SAPS was enhancing policing methodologies to reduce serious and violent crimes.

“Our analysis of crime threats and crime patterns guides our intensified deployments over identified problematic time zones and at identified crime hotspots. For instance, there is an indication that in general, most serious and violent crime is committed between Fridays and Mondays.”

All provinces are now conducting simultaneous blitz operations with high visibility and combat operations throughout the weekend.

“These entail cordon and searches, as well as intelligence-driven, multidisciplinary, disruptive operations.”

Masemola commended the Western Cape organised crime detectives for the “diligent investigative work that ultimately resulted in a life sentence for the 2016 murder of Pasika Kwaza”. Kwaza’s wife was sentenced to 12 years for murder and 18 months for defeating the ends of justice.

“We also commend the Gauteng FCS detectives whose quality work resulted in the life sentence handed down to Nthutuko Shoba in relation to the brutal murder of Tshegofatso Pule last year.”

He said this type of police work needed to be employed to each victim of gender-based violence and femicide.

Speaking on last week’s Krugersdorp attack where a music video crew was attacked by alleged illegal miners, known as zama zamas, he said: “The multidisciplinary team of investigators assigned to the West Village incident of the multiple rapes of eight young women will leave no stone unturned to ensure that suspects are linked to the crimes, so they can face the full might of the law.”

Police minister Bheki Cele said: “I don’t know why people don’t want to hear the good things police do. Last year there was a big battle between the zama zamas and SAPS. Two months ago there was a huge operation run by police elite. There were big machines, it was illegal and a special task force descended there and arrested miners and the owners [of the land]. We had another operation in Welkom.

“We will push the zama zamas back. I don’t know why the West Rand has been experiencing so many illegal mining operations.”

Masemola said the police had established special task teams in the provinces where there was illegal mining.

“During May an operation netted over 200 zama zamas. We’re working on this with the department of mineral resources & energy and the Mineral Council. These mines belong to someone, it’s not our responsibility to rehabilitate mines — there is co-operation with some mining houses [to close abandoned shafts]. We have seen a lot of success.”