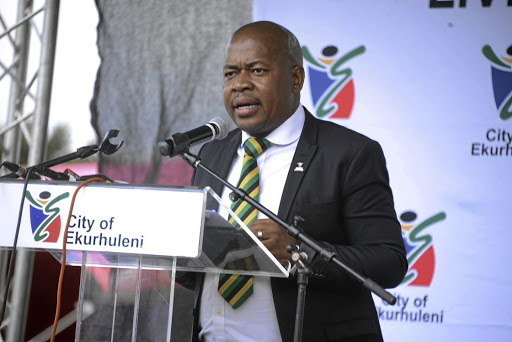 The Ekurhuleni conference, which re-elected Mzwandile Masina as chair, has been marred by allegations of irregularities leading to 19 votes from five branches being quarantined.
Image: Frennie Shivambu

The Gauteng High Court will on Saturday evening hear reasons why the ANC's Gauteng provincial conference should not continue.

An application brought by Jabulani Sithole is seeking the court to interdict the Gauteng elective conference from continuing.

High on the agenda is the issue of the quarantined votes from Ekurhuleni.

On Friday, the provincial executive committee announced that five branches from Ekurhuleni would be allowed to participate during the 14th provincial conference but their 19 votes would be quarantined.

Sithole, also a member of the ANC, comes from Ekurhuleni in the Mzwakhe Ngomane branch.

In his application, Sithole argues that the NEC could not have lawfully permitted the conference to sit until the issue of the five branches was solved.

Sithole writes that not only did the NEC permit conference to sit despite the disputes, instead of solving the branch disputes and quarantined votes, it delegated its authority to the PEC to solve the problem.

ANC members in Ekurhuleni have complained about irregularities ahead of the regional conference sitting this weekend.
News
2 months ago

“I dispute that the NEC was entitled in those circumstances to the same issue back to the PEC. I say so because the NEC is the highest decision-making body of the ANC in between conferences, could not lawfully confer the power to decide the same issues referred to it by the PEC.”

The Ekurhuleni conference, which re-elected Mzwandile Masina as chair, has been marred by allegations of irregularities leading to 19 votes from five branches being quarantined.

Masina won by 163 votes against rival Doctor Xhakaza's 151 votes. The results were said to be provisional pending decision on the quarantined votes.

During a media briefing on Friday, outgoing provincial secretary Jacob Khawe said there was always the possibility of a court action when ANC members felt their grievances not addressed.

Meanwhile ANC provincial chair David Makhura announced during an impromptu media briefing that the ANC would defend against the court application.

He announced conference would go ahead with commissions while competent bodies dealt with the court application.

"We had five branches and this conference said it can't be held to ransom by them. Now we have one delegate bringing a court application which is his constitutional right.

"This conference is going to proceed and its only a court that can stop us."

Outgoing ANC Gauteng chairperson David Makhura has told delegates at the 14 Gauteng provincial conference that the party was headed down a dangerous ...
News
1 month ago

A special meeting of the ANC’s national executive committee, the party’s highest decision-making body in between national congresses, has rejected ...
News
1 month ago

Special ANC NEC to decide whether to rerun Ekurhuleni conference

A special ANC national executive committee is this evening expected to make a call on whether the ANC Ekurhuleni conference that elected Mzwandile ...
News
1 month ago
Next Article